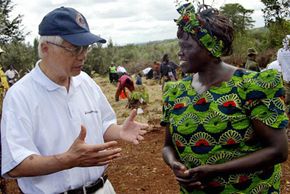 What would you do if you found out that all of the trees in your state were scheduled to be cut down? Or your city's main water source was slowly being contaminated? Or maybe that your condo sat atop a toxic waste dump? Would you move? Would you write to your representative in Congress? Maybe you would organize a group to fight the problem and prevent more damage from happening.

Combining the words ecology and feminism, ecofeminism embraces the idea that the oppression of women and the oppression or destruction of nature are closely connected. Elements of the feminist movement, the peace movement and the environmentalist and green movements can be seen in ecofeminism. Activist, educator and author Ynestra King went so far as to call ecofeminism "the third wave of the feminist movement" [source: Sturgeon]. The term was coined in 1974 from the French feminist Francoise d'Eaubonne's work, "Le féminisme ou la mort."

Feminism can be defined as the thought and movement toward the political, economic and social equality of women and men. Ecology is the study of the relationship between human groups and their physical and social environments.

Some people credit the German zoologist Ernst Haeckel as the founder of the science of ecology. Others believe that the real founder of ecology was a woman -- Ellen Swallow. A renowned industrial and environmental chemist, Swallow was the first female student admitted to the Massachusetts Institute of Technology (MIT) and the institution's first female instructor. As a teacher and active ecologist, Swallow concerned herself with educating women about the environment in relation to their homes or homemaking while focusing on monitoring the quality of their water, air and nutrition.

In this article, we'll outline some fundamentals of ecofeminist thought, revisit three defining movements in ecofeminist history and see where ecofeminism is today. 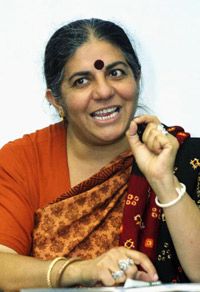 Ecofeminism is based on the theory that the oppression of women and the oppression of nature are fundamentally linked. In ecofeminist literature, ecofeminism is often described as the belief that environmentalism and feminism are intrinsically connected. Another definition suggests that discrimination and oppression based on gender, race and class are directly related to the exploitation and destruction of the environment.

Those who see the association as empowering generally assert that women are closer to nature because of their positions as mothers or homemakers. As a result, they conclude that because women take care of their families and homes, they'll be more aware of environmental issues than men.

The people who view the association as degrading generally state that man will continue to exploit women and nature because man sees both as eternally fertile or endlessly capable of providing life [source: Sturgeon].

The ecofeminist movement quickly gained momentum in the U.S. Ynestra King and activist Grace Paley were among the women who organized the "Women and Life on Earth" conference at the University of Massachusetts at Amherst in 1980. After the success of a conference at Sonoma State University the following year, a group of eight women formed the first national ecofeminist organization -- WomanEarth [source: Ress].

Ecofeminist literature asserts that the notion of power must be restructured. Collaborative relationships should be nurtured instead of a power dynamic. Underlying much of the activism is the aim of creating an interconnected community, absent of patriarchal or other forms of hierarchy. An ultimate goal might be described as a reality where all life commands its own essential value.

No matter the differing approaches or schools of thought, one thing is certain -- ecofeminism is a global, multi-issued movement with an ever-growing community of activists and theorists.

Now, let's put some of this theory into context with a few examples of ecofemism in India, Africa and the U.S.

Deep ecology: The philosophy that environmental problems stem from a human-centered ideological position. They can only be solved when the needs of nature are put first or on the same level as human needs.

Biocentrism and Ecocentrism: The act of putting nature's needs first or alongside human needs. 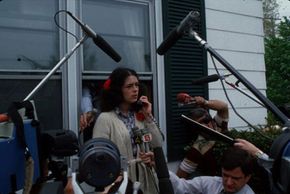 Throughout many cultures, women have historically held the role of primary food, fuel and water gatherer for their families and communities. Because of this, they have also had a major interest in trying to prevent or undo the effects of deforestation, desertification and water pollution.

In 1974, a group of about thirty women in the Himalayas of Northern India united to save more than 10,000 square miles of forest watershed. Deforestation in the Himalayan forests had caused landslides, flooding and major soil erosion and had forced women villagers to hike further up the mountains to gather fuel. Now known as the Chipko Movement, Hindi for "to cling," the name reflected the protesters' practice of throwing their arms around the trunks of trees marked for chopping and refusing to move. This practice and term later became popular in other areas of the world and was popularly called "tree-hugging."

Only a few years later, an ecofeminist movement in Kenya also embraced the importance of trees. The Green Belt Movement started as a local community tree planting effort. The group of women addressed the lack of local water, the effects of soil erosion and the rising challenges caused by their area's deforestation. As with the women in India, the women of the Green Belt Movement recognized that by protecting and replenishing their natural environment, they were also laying the groundwork toward equitable economic development.

Roughly during the same time that the Green Belt Movement was taking off, the Love Canal disaster in upstate New York was gaining attention. Love Canal, a neighborhood situated in Niagara Falls, was built on land adjacent to a chemical landfill site. In 1978, twenty-some years after the neighborhood had been built, chemical waste started to leak through the soil and pool up in lawns and streets across the neighborhood.­­­

­A number of families reported unexplained chronic illnesses that later were linked to the chemical waste. President Jimmy Carter eventually declared a state of emergency and hundreds of Love Canal families were relocated and reimbursed for their homes by the government. In 1979, the U.S. Environmental Protection Agency (EPA) reported on the alarmingly high rate of birth defects and miscarriages that occurred in families living in Love Canal between 1974 and 1979. As a result, Congress passed the Superfund or Comprehensive Environmental Response, Compensation and Liability Act that held polluters accountable for environmental damage.

Read on to learn more about the women behind these defining movements in ecofeminist history.

The Godmother of EcoFeminism

Years before the term ecofeminism even existed, marine biologist and naturalist Rachel Carson embodied the movement through her work and writings. At the heart of Carson's writing was the notion that while humans are a small part of nature, they have an enormous ability to alter it. Carson was deeply troubled by the use of synthetic pesticides (namely DDT) and their potential long-term negative effects. Her 1962 book "Silent Spring" asserted the detrimental physiological and environmental effects of the pesticides, challenged the practices of the government and called for a change in the treatment of nature [sources: RachelCarson.org and Lear]. 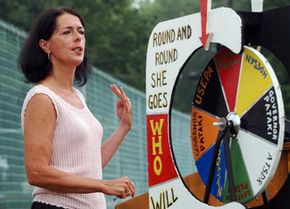 The Green Belt and Chipko Movements and Love Canal all have one thing in common -- the leadership and activism of strong and persistent women.

Dr. Wangari Muta Maathai is arguably best recognized for her development of the Green Belt Movement. She was the first African woman and the first environmentalist to win the Nobel Peace Prize (2004). She was also the first woman in East and Central Africa to earn a doctorate degree [source: NobelPrize.org].

While serving on the National Council of Women in 1976, Maathai introduced her idea to plant trees to conserve the local environment and improve the community's quality of life. As interest widened, Maathai developed her local tree planting effort into a grassroots organization that spread to other African countries and eventually became the Green Belt Movement. Maathai has helped women plant more than 30 million trees on their communities' farms and school grounds. Upon receiving the Nobel Prize, Maathai said that the movement was about "inspiring people to take charge of their environment, the system that governed them, their lives and their future" [source: The Green Belt Movement].

Vandana Shiva was a participant in the Chipko movement during the 1970s and is considered to be one of the foremost ecofeminists today. Shiva was trained as a physicist, but began her work as an environmentalist and ecofeminist activist while participating in Chipko. In 1988, Shiva's book, "Staying Alive: Women, Ecology and Development," grounded her in the ecofeminist canon. It also opened discussion of the environmental struggles of women in Third World nations.

Shiva has formed organizations that directly counter environmental and ecological threats in India. She leads the Research Foundation for Science, Technology and Ecology (RFSTE) -- through which she began a research initiative on ecological sustainability called Navdanya, meaning nine crops. In a letter posted on her Navdanya Web site, Shiva wrote, "For me, ecology and feminism have been inseparable" [source: Navdanya].

­­Love Canal homemaker Lois Gibbs became concerned for her children when they began exhibiting chronic, unexplained illnesses. Gibbs became an activist in 1978 and started working on behalf of her neighborhood in an effort to investigate the area's health concerns. Gibbs helped form the neighborhood's homeowner's association and filed reports with Niagara Falls' city officials, complaining of odd odors and the appearance of unidentifiable substances. However, city officials were slow to respond. As the investigation continued, dozens of residents came forward, attesting to unexplained illnesses, miscarriages and birth defects. Through the residents' research and activism, they eventually discovered that their neighborhood rested on tons of chemical waste. Based on her experience and desire to help others, Gibbs went on to establish the Center for Health, Environment and Justice.

But what's the current state of ecofeminism? How do ecofeminists stay active? Go to the next section to find out. 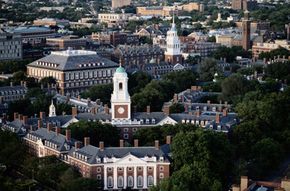 Future ecofeminists can study the subject at Harvard University and a range of other academic institutions.
Steve Dunwell/The Image Bank/Getty Images

The study of ecofeminism started informally at conferences in the U.S., U.K. and Germany and though grassroots efforts in India and Africa. Today, courses and programs on ecofeminism are taught at universities and colleges worldwide. Here are a few:

Two instructors at the University of Massachusetts, Dartmouth taught a course on ecofeminism and published their experience in an article titled "Breaking boundaries: ecofeminism in the classroom." Catherine Villanueva Gardner's and Jeannette E. Riley's course was listed as "Ecofeminism: Theory and Practice" and set out to define ecofeminism and teach various ecofeminist approaches to both local and global women's issues. In tandem with teaching the theory and practice of ecofeminism, Gardner and Riley also intended for the course to "enable students to see themselves as citizens who must engage responsibly with complex social issues" [source: Gardner and Riley]. The educational approach to ecofeminism not only enlightens students to the theories and practices of the movement, but also helps enlist new ecofeminists to the cause.

You can always read up on ecofeminism outside of the classroom, too, by checking out works from authors such as Rachel Carson, Petra Kelly, Mary Melllor, Wangari Muta Maathai, Mary Mies, Val Plumwood and many others.

To learn more about ecofeminism and environmentalism in general, dive into the links on the next page. 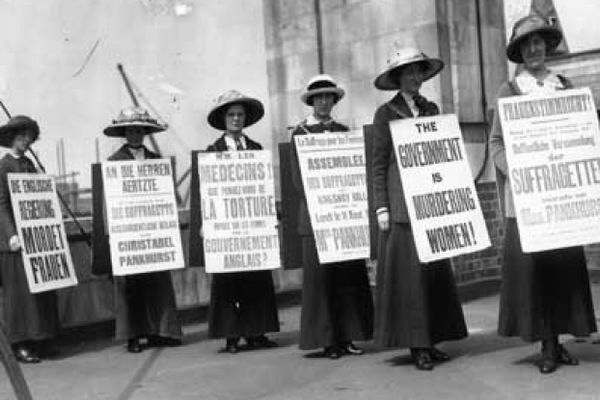 Up Next
How Feminism Works
Explore More 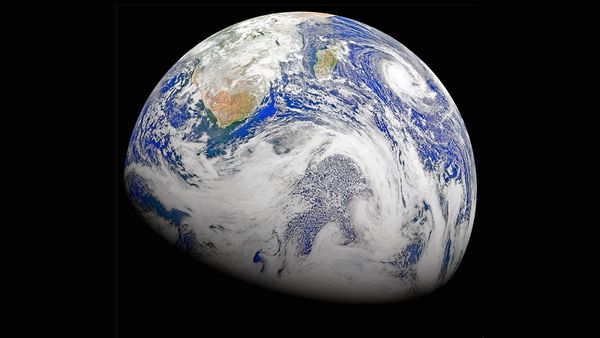 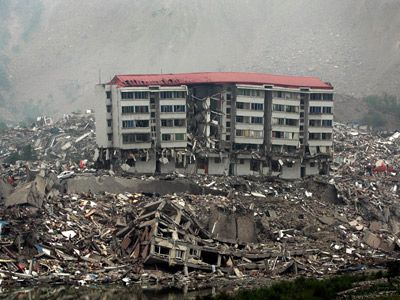