How can a tent use solar power? 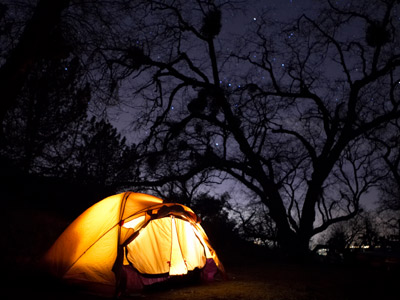 Nighttime tent illumination can be generated by the sun during the day.
­iStockphoto.com/xylke

­Recreational camp­ing is all about communing with nature. It's the differences from regular life that make it count: Cooking over a fire instead of over a gas stove, sleeping under the stars instead of under a solid roof, carrying water on your back instead of turning on a faucet. It's all very romantic. Until you wake up in the middle of the night with a bursting bladder and can't find the flashlight you could've sworn you put next to your sleeping bag.

­If there's one thing that could be improved about camping, it's the nighttime lighting situation. Battery-powered flashlights get lost among gear pretty easily, and anything battery-powered has finite run-time. Battery-powered lanterns are notorious energy hogs. They can eat eight D-size batteries in a couple of days. And batteries, of course, are too heavy to carry a lot of spares. So, where to turn?

Nature's own daytime light source, the sun, can be used to generate electricity well into evening.

­Solar power is a common alternative energy source these days, and it's not just giant solar panels on buildings anymore. The U.S. military is developing flexible solar-panel fabric that can be used for tents and uniforms. And on the civilian front, you can use small, portable solar panels to power devices like cell phones, MP3 players and digital cameras -- and for indoor tent lighting, it turns out.

Solar-powered tents aren't exactly commonplace, but they're out there. There are a couple of solar- and wind-powered models available or in development, but mostly for large-scale uses like music festivals and military applications. One currently available product for individual use is the Woods Solar Powered EZ-Tent. In this article, we'll learn about the Woods tent and find out how it uses solar-power technology to change the lighting situation on a camping trip. 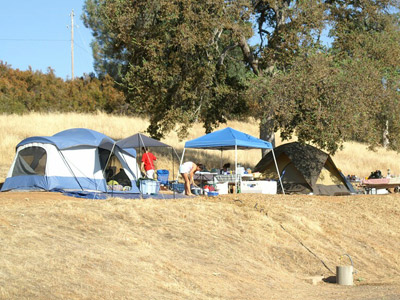 These tents lined up by the road could be generating a load of power.
Image courtesy of USBR

­It may seem counterintuitive, walking into a tent and turning on the lights. For hard-core backpackers, it may be a bit much. But for campground campers, especially those with families, easy tent lighting can be useful.

On the surface, the tent is standard camping fare: a four-person or six-person tent ($200-$250) with all the usual features, like mesh windows and rain fly (a rain fly is a separate sheet that covers the tent). But on the very top of the tent, just underneath the fly, it has something unique: a 7-inch (17-centimeter) solar panel yo­u click into place when you assemble the tent. The sun reaches the panel through the fly, which has a clear plastic window to let UV light shine through.

The solar panel charges two things inside the tent: a string of LED lights on the ceiling that acts as built-in lighting, and a detachable flashlight that hangs from the center, kind of like a rustic chandelier.

You can actually set the lights to turn on automatically when the sun goes down. The solar power stored on top of the tent isn't only for the LEDs, though. You can also plug a battery charger into the power source to charge a portable device. You'll be draining your lighting energy, of course. But if you're camping in a super sunny spot, you can probably accumulate some power to spare.

With the surge in "green" camping, though, you don't need a solar-powered tent to run your devices on solar energy. There are lots of solar-powered battery chargers on the market, along with camping-specific solar-powered gadgets like AM/FM radios, fans and flashlights. But a tent that lets you turn on the lights when you walk inside is still a pretty cool solar innovation. It may not necessarily be all that green, though: The tent is made of petroleum-based PVC (like most tents), and some say the extra manufacturing work that goes into building those LED lights into the tent probably cancels out any eco-gain from eliminating battery hours.

What Happens Next to A-68, Antarctica's New Gigantic Iceberg?
Water Shortage? Let's Lasso an Iceberg
One of the World's Most Remote Uninhabited Islands Is Literally Covered in Our Trash 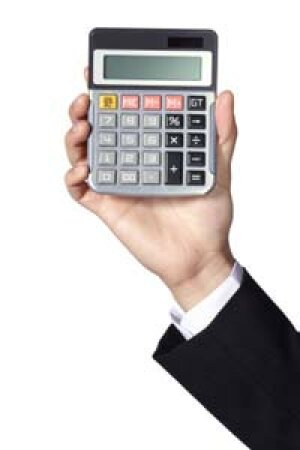