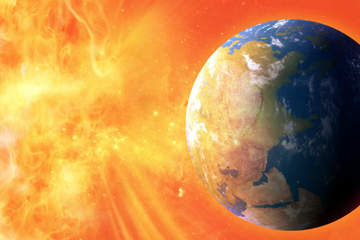 It started like any other morning. Richard Carrington climbed the steps leading to an amateur observatory housed at his rural London estate, cranked open the shuttered dome and aimed a large brass telescope at a clear, blue sky. He recorded the moment — 11:18 a.m., Sept. 1, 1859 — and then, as the sun came into view, began to sketch a group of large sunspots.

As he did, two points of light emerged, intensified and bloomed right before his eyes. Five minutes later, the blinding flares were gone. Although he didn't yet realize it, Carrington had witnessed what would become known as the largest solar flare in modern history.

The white-light solar flare, which someday would bear Carrington's name, was actually a magnetic explosion on the sun's surface. It was so powerful that it briefly outshone the sun and, within a few hours, caused brilliant red, green and purple lights in the sky to erupt all over Earth (such light shows are colorful and common side effects of solar flares with coronal mass ejections). It also supercharged telegraph cables that shocked operators, set telegraph paper afire and, in some cases, transmitted messages even when the lines were disconnected from their batteries.

Although there's still evidence of solar flares frequently occurring on the sun, none has reached the magnitude of the 1859 event. But what if one did? What would happen if a large-scale solar flare hit Earth?

We have some idea based on lesser solar-flare explosions that produced clouds of charged particles that have crashed into Earth's magnetic field, causing the field to waver in what researchers call a "geomagnetic storm" [source: Bell and Phillips].

In February 2011, for example, a solar storm interrupted GPS signals for several minutes, which could potentially have spelled disaster for commercial airplanes or ships relying on GPS guidance systems to land or dock during that time.

If a "Carrington-sized" solar flare were to hit Earth today, it would emit X-rays and ultraviolet light, which would reach Earth's atmosphere and interfere with electronics, as well as radio and satellite signals. It would also cause a radiation storm, which could potentially be deadly to astronauts not fully equipped with protective gear and unprotected by Earth's atmosphere.

Finally, a cloud of charged particles known as a coronal mass ejection would bump against Earth's magnetic field. This would mean outages that would decommission everything from cell phones and computers to automobiles and airplanes. Cities would lose power for weeks, and potentially, months — and many activities necessary to daily life would no longer be possible. Take a trip to refuel at a gas station, for example. Simply using a credit or debit card to pay for a few gallons of gas requires a satellite transaction, and creating one would no longer be possible.

The potential consequences of a large-scale solar flare hitting Earth have scientists scrambling to develop new solar flare detection methods, much like their predecessors once learned to forecast deadly tornadoes and other weather events. Someday, we might just have solar flare warnings alongside hurricane warnings and thunderstorm watches. 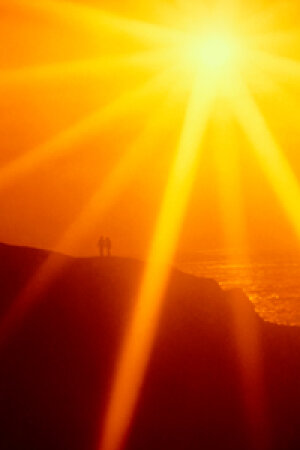 Can the sun kill you? 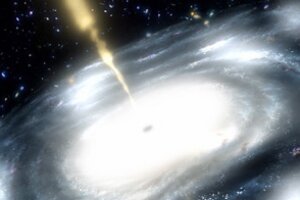 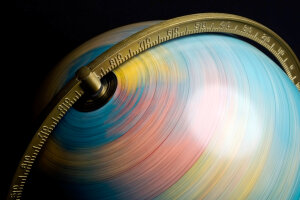