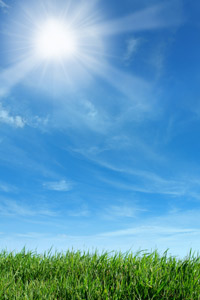 Renewable energy sources are a hot topic lately and solar energy may be the hottest -- literally and figuratively. Solar energy is the energy provided by the sun's rays, and when harnessed, it can be turned into electricity and heat. It's plentiful, clean and renewable.

Solar cell manufacturers and suppliers believe photovoltaic (PV) technology will produce 15 percent of the energy the United States will consume in 2020 [source: National Renewable Energy Laboratory]. Solar power is growing in popularity around the world: In Japan, homes generated roughly 80 percent of the total 1.9 million kilowatts of solar energy produced in the fiscal year ending March 2008. Japan aims to increase its solar power output by 40 percent by 2030 [source: Hall]. Also by 2030, the United States' National Center for Photovoltaics (NCPV) has set the goal of using solar energy to supply 10 percent of the nation's power during peak generating times, as well as supply solar energy to foreign markets [source: Malsch].

It seems easy enough -- there's plenty of sunlight. In fact, the sun provides the Earth with enough solar energy in one hour (4.3 x 1020 joules) to power all of our energy needs for one year (4.1 x 1020 joules) [source: Biello]. But the dilemma over the years has been how to harness that solar energy and put it to use.

Traditional solar panels, the kind you see on rooftops, are crystalline silicon PV arrays -- solar panels that are made up of a collection of solar cells. More recently, thin-film solar technology has become the darling of the solar industry. Thin-film solar cells are made with CIGS (CuIn1-x Gax Se2) technology, and unlike the rigid panels, they're flexible and can be used in places other than rooftops (on windows, sides of buildings, cars, computers, etc.).

Researchers at the Australian National University (ANU) are working in collaboration with solar company Spark Solar Australia and Finnish materials company BraggOne Oy to transform how we think about and use solar power over the next three years. Affordable, abundant solar technology is coming soon to you.

Current commercial photovoltaic (PV) solar technologies rely on solar cells that are made of silicon that's been coated with a thin layer of silicon nitrate (the silicon nitrate works as an anti-reflective material to increase the cell's sunlight collecting efficiency). They're costly to manufacture for two reasons: They use hydrogen plasma to collect sunlight and they are made in a vacuum. Thin-film PV cells use cheaper materials but are more complex to make -- and despite the cheaper materials, the production complexity equals a more expensive end product.

Enter the spray-on solar material project. Researchers are experimenting with ways to change how solar cells are manufactured, as well as how to increase solar cell efficiency.

Phase one of their project is an effort to bring down both the complexity of the manufacturing process and the associated high cost. Their new method involves spraying solar panels as they roll down a conveyor belt during production, first with a hydrogen film and then an anti-reflective film.

Solar cells are made from semi-conducting nanoparticles called quantum dots. These quantum dots are mixed with a conducting polymer to make a plastic. Spray-on solar panels composed of this material can be manufactured to be lighter, stronger, cleaner and generally less expensive than most other solar cells in production today. They are the first solar cells able to collect not only visible light but infrared waves, too.

Phase two of the ANU project, in collaboration with the German solar company GP Solar, will study ways of increasing the efficiency of the cells. Researchers are exploring how the surface of a solar cell (specifically, it's roughness) affects its ability to collect solar energy. Right now, the efficiency rate of solar cells on the market is about 15 percent. By comparison, the first solar cells manufactured in the 1950s converted less than 4 percent of collected solar energy into usable power [source: National Renewable Energy Laboratory]. Scientists predict they may be able to increase that rate by five times the current numbers [source: Locgren]. 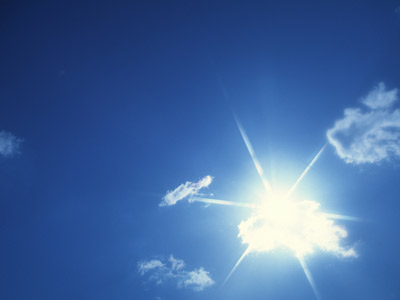 Solar power could eventually be incorporated into buildings -- not just slapped on the roof.
©iStockphoto.com/ooyoo

Solar panel efficiency, fabrication technology and manufacturing engineering are important not only in the solar industry but to you, the consumer. New technology and inexpensive materials and production mean more practical, every day applications.

Currently, applications of traditional commercial PV solar panels and solar-energy systems are out of range for most of us, aside from affixing rigid solar panels to the rooftops of our homes. PV technology is used to power spacecraft, to bring electricity into remote villages in developing countries and to power remote buildings (or anything that requires electricity, really).

Thin-film PV technologies have been on the market for about 15 years or so and are the solar technology most of us have come in contact with. Where? If you've ever used a solar-powered calculator, you've experienced the power of thin-film solar cells. Its flexible nature allows it to go places where traditional panels can't, including into private homes and electronic devices, but it's also used in similar energy-producing ways on buildings and in remote locations.

Spray-on solar panels will be sold as a hydrogen film that can be applied as a coating to materials -- potentially everything from a small electronic device to a new way to power an electric car's battery. Similar to the solar technology of today, spray-on panels could be incorporated into buildings themselves, not just rooftops. One day you may buy clothing with solar film woven into the fabric.

No matter how much you'd like to weave solar material into your T-shirt or cover your house in solar film, you can't. It doesn't exist outside of the laboratory yet. Testing of the new spray-on PV manufacturing process is going on at ANU and won't be commercially available until the end of 2011.

Perhaps the biggest marketing hurdle, though is the one facing the solar industry as a whole: cost-effectiveness. The current global economy has everyone, including energy companies, tightening their budgets. Investing in solar energy research and new solar energy systems is expensive, and soaring expense is a barrier to adopting new technologies.

After seeing an annual market growth rate of more than 30 percent over four years, the PV solar panel market has declined sharply. Industry experts predict growth will bounce back by 15 to 20 percent [source: Malsch]. And the scientists working on the ANU project hope that by decreasing manufacturing costs, the energy industry (and consumers) won't be afraid to invest in solar energy.

With their new spray-on production method, ANU researchers estimate that a medium-sized solar cell producing factory could save roughly USD $4 million -- manufacturing cost reductions that could in turn drive down consumer prices [source: Stohr]. Which means you can get ready to bring solar energy into your home.

A Lot of Power