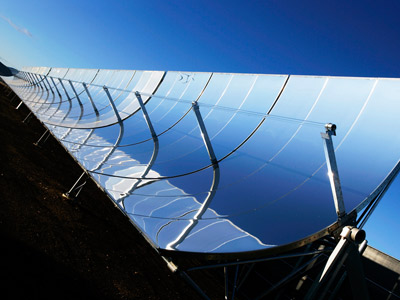 Most of us don't think much about where our electricity comes from, only that it's available and plentiful. Electricity generated by burning fossil fuels such as coal, oil and natural gas, emits carbon dioxide, nitrogen oxides and sulfur oxides -- gases scientists believe contribute to climate change. Solar thermal (heat) energy is a carbon-free, renewable alternative to the power we generate with fossil fuels like coal and gas. This isn't a thing of the future, either. Between 1984 and 1991, the United States built nine such plants in California's Mojave Desert, and today they continue to provide a combined capacity of 354 megawatts annually, power used in 500,000 Californian homes [source: Hutchinson]. Reliable power, at that. In 2008 when six days of peak demand buckled the power grid and brought electricity outages in California, those solar thermal plants continued to produce at 110 percent capacity [source: Kanellos].

Wondering where the technology's been since then? In the 1990s when prices of natural gas dropped, so did interest in solar thermal power. Today, though, the technology is poised for a comeback. It's estimated by the U.S. National Renewable Energy Laboratories that solar thermal power could provide hundreds of gigawatts of electricity, equal to more than 10 percent of demand in the United States [source: LaMonica].

Shake the image of solar panels from your head -- that kind of demand is going to require power plants. There are two main ways of generating energy from the sun. Photovoltaic (PV) and concentrating solar thermal (CST), also known as concentrating solar power (CSP) technologies.

PV converts sunlight directly into electricity. These solar cells are usually found powering devices such as watches, sunglasses and backpacks, as well as providing power in remote areas.

Solar thermal technology is large-scale by comparison. One big difference from PV is that solar thermal power plants generate electricity indirectly. Heat from the sun's rays is collected and used to heat a fluid. The steam produced from the heated fluid powers a generator that produces electricity. It's similar to the way fossil fuel-burning power plants work except the steam is produced by the collected heat rather than from the combustion of fossil fuels. 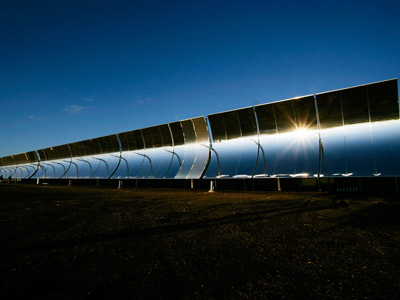 There are two types of solar thermal systems: passive and active. A passive system requires no equipment, like when heat builds up inside your car when it's left parked in the sun. An active system requires some way to absorb and collect solar radiation and then store it.

Solar thermal power plants are active systems, and while there are a few types, there are a few basic similarities: Mirrors reflect and concentrate sunlight, and receivers collect that solar energy and convert it into heat energy. A generator can then be used to produce electricity from this heat energy.

The most common type of solar thermal power plants, including those plants in California's Mojave Desert, use a parabolic trough design to collect the sun's radiation. These collectors are known as linear concentrator systems, and the largest are able to generate 80 megawatts of electricity [source: U.S. Department of Energy]. They are shaped like a half-pipe you'd see used for snowboarding or skateboarding, and have linear, parabolic-shaped reflectors covered with more than 900,000 mirrors that are north-south aligned and able to pivot to follow the sun as it moves east to west during the day. Because of its shape, this type of plant can reach operating temperatures of about 750 degrees F (400 degrees C), concentrating the sun's rays at 30 to 100 times their normal intensity onto heat-transfer-fluid or water/steam filled pipes [source: Energy Information Administration]. The hot fluid is used to produce steam, and the steam then spins a turbine that powers a generator to make electricity.

While parabolic trough designs can run at full power as solar energy plants, they're more often used as a solar and fossil fuel hybrid, adding fossil fuel capability as backup.

Solar power tower systems are another type of solar thermal system. Power towers rely on thousands of heliostats, which are large, flat sun-tracking mirrors, to focus and concentrate the sun's radiation onto a single tower-mounted receiver. Like parabolic troughs, heat-transfer fluid or water/steam is heated in the receiver (power towers, though, are able to concentrate the sun's energy as much as 1,500 times), eventually converted to steam and used to produce electricity with a turbine and generator.

Power tower designs are still in development but could one day be realized as grid-connected power plants producing about 200 megawatts of electricity per tower.

A third system is the solar dish/engine. Compared to the parabolic trough and power towers, dish systems are small producers (about 3 to 25 kilowatts). There are two main components: the solar concentrator (the dish) and the power conversion unit (the engine/generator). The dish is pointed at and tracks the sun and collects solar energy; it's able to concentrate that energy by about 2,000 times. A thermal receiver, a series of tubes filled with a cooling fluid (such as hydrogen or helium), sits between the dish and the engine. It absorbs the concentrated solar energy from the dish, converts it to heat and sends that heat to the engine where it becomes electricity.

Solar thermal systems are a promising renewable energy solution -- the sun is an abundant resource. Except when it's nighttime. Or when the sun is blocked by cloud cover. Thermal energy storage (TES) systems are high-pressure liquid storage tanks used along with a solar thermal system to allow plants to bank several hours of potential electricity. Off-peak storage is a critical component to the effectiveness of solar thermal power plants.

Three primary TES technologies have been tested since the 1980s when the first solar thermal power plants were constructed: a two-tank direct system, a two-tank indirect system and a single-tank thermocline system.

A two-tank indirect system functions basically the same as the direct system except it works with different types of heat-transfer fluids, usually those that are expensive or not intended for use as storage fluid. To overcome this, indirect systems pass low temperature fluids through an additional heat exchanger.

Unlike the two-tank systems, the single-tank thermocline system stores thermal energy as a solid, usually silica sand. Inside the single tank, parts of the solid are kept at low to high temperatures, in a temperature gradient, depending on the flow of fluid. For storage purposes, hot heat-transfer fluid flows into the top of the tank and cools as it travels downward, exiting as a low temperature liquid. To generate steam and produce electricity, the process is reversed.

Solar thermal systems that use mineral oil or molten salt as the heat-transfer medium are prime for TES, but unfortunately without further research, systems that run on water/steam aren't able to store thermal energy. Other advancements in heat-transfer fluids include research into alternative fluids, using phase-change materials and novel thermal storage concepts all in an effort to reduce storage costs and improve performance and efficiency. 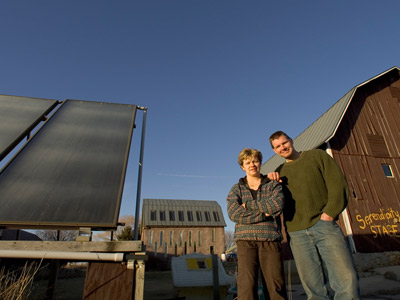 Lisa Kivirist and John Ivanko stand next to a solar thermal system that heats a greenhouse at their bed-and-breakfast.
AP Photo/Andy Manis

The idea of using thermal mass materials -- materials that have the capacity to store heat -- to store solar energy is applicable to more than just large-scale solar thermal power plants and storage facilities. The idea can work in something as commonplace as a greenhouse.

All greenhouses trap solar energy during the day, usually with the benefit of south-facing placement and a sloping roof to maximize sun exposure. But once the sun goes down, what's a grower to do? Solar thermal greenhouses are able to retain that thermal heat and use it to warm the greenhouse at night.

Stones, cement and water or water-filled barrels can all be used as simple, passive thermal mass materials (heat sinks), capturing the sun's heat during the day and radiating it back at night.

Bigger aspirations? Apply the same ideas used in solar thermal power plants (although on a much smaller level) and you're on your way to year-round growing. Solar thermal greenhouses, also called active solar greenhouses, require the same basics as any other solar thermal system: a solar collector, a water storage tank, tubing or piping (buried in the floor), a pump to move the heat-transfer medium (air or water) in the solar collector to storage and electricity (or another power source) to power the pump.

In one scenario, air that collects in the peak of the greenhouse roof is drawn down through pipes and under the floor. During the day, this air is hot and warms the ground. At night, cool air is drawn down into the pipes. The warm ground heats the cool air, which in turn heats the greenhouse. Alternatively, water is sometimes used as the heat-transfer medium. Water is collected and solar heated in an external storage tank and then pumped through the pipes to warm the greenhouse. 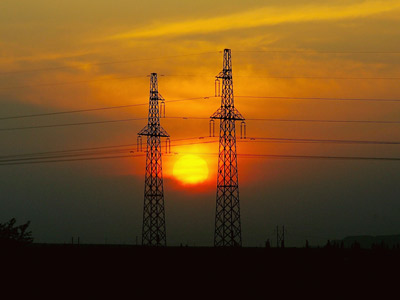 Solar thermal power has great potential because the technology is already all there.
Guang Niu/Getty Images

Thermal chimneys are typically made of a black, hollow thermal mass with an opening at the top for hot air to exhaust. Inlet openings are smaller than exhaust outlets and are placed at low to medium height in a room. When hot air rises, it escapes through the exterior exhaust outlet, either to the outside or into an open stairwell or atria. As this happens, an updraft pulls cool air in through the inlets.

In the face of global warming, rising fuel costs and an ever-growing demand for energy, energy needs are expected to increase by nearly the equivalent of 335 million barrels of oil per day, mostly for electricity [source: Meisen]. Whether big or small, on or off the grid, one of the great things about solar thermal power is that it exists right now, no waiting. By concentrating solar energy with reflective materials and converting it into electricity, modern solar thermal power plants, if adopted today as an indispensable part of energy generation, may be capable of sourcing electricity to more than 100 million people in the next 20 years [source: Brakmann]. All from one big renewable resource: the sun.

Top 10 Eco-friendly Substitutes for Plastic
Can Adding Sand to Beaches Save Them?
How the Duke Smart Home Works