As the old saying from the "Book of Common Prayers" goes, "Ashes to ashes, dust to dust." ­Sometimes recited at funerals, the phrase describes the cycle of life and how humans go from birth to death, from growth to decay. Forensic scientists and criminal investigators, however, should have their own version of the quote, something along the lines of: "Ashes to ashes, dust to bug food."

­When investigators attempt to solve a mysterious event involving sudden and unexpected death, they have to look at clues in order to piece together the events. They need to answer a lot of questions: What happened here? Who committed this crime? Why? What method, weapons or tools did they use? When did this happen? Using a vast background of science, including biology, chemistry, physics, anthropology and­ math, trained specialists can look at the fragments of evidence left over from a crime and, with care and precision, construct a legitimate story. They can use anything left at the crime scene, including broken glass, dirt, bodily fluids and any other trace elements.

Indeed, if we think of a crime scene, we usually envision yellow police tape, white chalk lines, broken glass and blood stains. But one item on or around a victim's body that gets a lot of attention during an investigation is actually a living organism, and it usually comes after a crime is committed -- the presence of insects.

­What can bugs tell us about death? How much can they reveal about a crime? And can forensic entomology help with anything other than legal cases involving death? To learn how bugs help us fight crime while finding time for a tasty snack, read the next page.

Just as flies will flock to a piece of rotting meat left out on the table, necrop­hilous insects, or dead flesh-eating bugs, are often associated with human corpses. Forensic entomology, or the use of insect evidence in both criminal and civil cases, helps police and criminal investigators learn a great deal about what happened to a body.

­The major criminal field of forensic entomology is known as medicolegal entomology. It's also known as forensic medical entomology or medicocriminal entomology because of its focus on violent crime. People working in this field usually attempt to determine several important things:

Bugs found in the orifices of a deceased human body, such as the eyes, nose, ears and mouth, will arrive very quickly. Most insects can locate the smell of dead flesh within a matter of hours after expiration, and some insects, known as carrion insects, live their entire lives feeding on dead flesh and developing more generations of bugs. Adult carrion insects, mature and capable of movement, will fly to the nearest dead body to lay their eggs inside.

­Indeed, the fact that bugs will develop and grow inside a corpse is one of the most important aspects an entomologist keeps in mind when investigating a death. There are generally three stages an insect goes through during its lifetime inside a dead body. The first stage is the egg stage, where the insects are still enclosed within their eggs; the second stage is the larva stage, where the small, white larvae that have just emerged from their eggs grow by feeding upon the dead flesh; and the final stage is the pupa stage, which is an intermediate stage that comes before the insect turns into a winged adult. ­

If an entomologist collects insects from a corpse during any one of these stages -- egg, larva or pupa -- and understands the life cycle of that type of insect, he can determine a fairly accurate time of death. In other words, the entomologist needs to understand two basic facts: how long after death the insect eggs are laid plus the amount of time it takes for the insects to develop. These two facts should give him a good idea of how long a person has been dead.

­ You'll find all kinds of bugs at a crime scene, but there are a few that typically show up for a dead flesh party. To learn about the importance of flies and beetles, read the next page.

In addition to medicolegal entomology, another area of forensic entomology is urban entomology. This study deals with the bugs that can infest of inflict damage on people's homes and other manmade structures. Termites are the common enemy here, since they feed on wood and can cause major structural problems to buildings. Other insect infestations, such as cockroaches, bees and wasps, can also cause be a nuisance.

A third area of forensic entomology is stored products entomology. Simply put, this involves cases of bugs found in food. If a grocery store receives a shipment of cereal, and customers open their boxes to find not just a surprise toy but a surprise infestation of insects, an entomologist will be called in to investigate the incident and figure out the source of the problem.

Many kinds of bugs will flock to a decomposing body, but the most common kinds of bugs found on a corpse are flies and beetles. Flies, particularly blow flies, can find dead flesh within minutes. Fly larvae, commonly known as maggots, do the majority of the eating and are responsible for much of a corpse's decay. Beetles, on the other hand, will typically move in once a corpse has dried out.

When collecting insects, investigators try to locate the largest specimens -- the oldest bugs should give the best PMI (postmortem interval). To preserve the insects, samples taken from the body are placed into containers filled with about 70 percent isopropyl alcohol, the same strength as the rubbing alcohol solution you can buy at the store. The containers are labeled with the date and time of the collection and the part of the body from which the insects were taken. Finally, the investigator either delivers the specimens directly to a specialist or mails the containers expressly for examination.

In a perfect situation, insects can prove an easy tool for uncovering the unknown. For instance, if a person dies of natural causes in a room where the temperature has remained constant and the coroner wants to know the time of death, the entomologist simply looks at the bugs around the corpse and reports the details.

It's almost never that easy, however. Investigators need to take into account a large number of variables when collecting specimens. The temperature of the surrounding area, for example, determines how quickly larvae will grow in a corpse. When a person is murdered during the summer months and left outside for several days, the ambient temperature surrounding the corpse can change dramatically. Certain types of blow flies develop faster during hot weather but development slows down when it's cooler. Bugs found on a body that's been outside for weeks or even months show drastic variations in growth cycles, and an entomologist needs to carefully observe the available specimens to determine a likely range.

­ For lots more information on how to catch the bad guys, see the next page.

Don't Forget to Wash Your Sickle!

Although many of the modern advancements in forensic science were made in the late 19th and early 20th centuries in Europe and the United Kingdom, records show that the Chinese understood a great deal about investigating strange deaths. In 1235 A.D., a book by Chinese death investigator Sung Tz'u called "The Washing Away of Wrongs" was written. In it is perhaps the first documented account of forensic entomology. Sung recounts a murder in a small Chinese village where the victim was badly cut. The local death investigator asked around, but after several questions and few answers, he decided to have each villager bring out his sickle and lay it out across the ground.

Eventually, flies swarmed over one sickle, most likely because its owner failed to wash away microscopic tissue from the blade. The killer confessed, and the first known case of forensic entomology was closed.

John Fuller "What do bugs have to do with forensic science?" 18 June 2008.
HowStuffWorks.com. <https://science.howstuffworks.com/forensic-entomology.htm> 5 December 2022
Print | Citation
Featured
Special Offer on Antivirus Software From HowStuffWorks and TotalAV Security
Try Our Crossword Puzzles!
Can You Solve This Riddle?
More Awesome Stuff 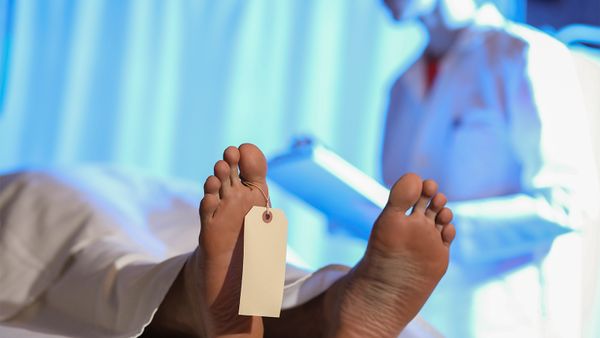 Up Next
How Autopsies Work
Explore More 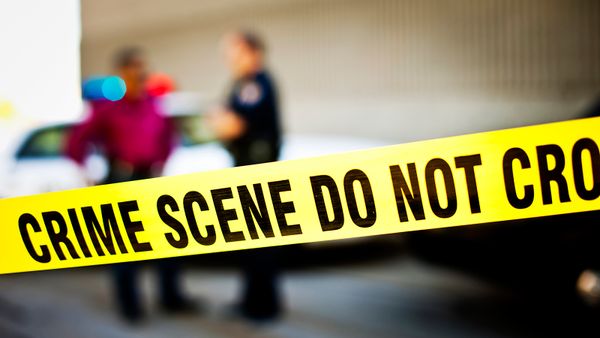