History of Gold: The Middle Ages and the Mad Rushes

­­Marco Polo, the Venetian explorer who traveled to China in 1271 and served on the court of Kublai Khan, did much to inspire Europe's notion that vast gold treasures could be found in distant lands. His book, "The Travels of Marco Polo," told of great palaces with walls covered in gold and silver. Christopher Columbus most certainly read Polo's book and hypothesized that one might reach the trade-rich Orient by sailing west across the Atlantic.

­Columbus' successful voyage to the Caribbean in 1492-93 touched off an unprecedented wave of exploration. Although spreading Christianity was a major objective of Spain, obtaining gold and silver were high priorities, too. In 1511, King Ferdinand, who financed Columbus on his fateful journey to the New World, spoke unequivocally when he said, "Get gold, humanely if you can, but at all hazards, get gold." Throughout the 16th century, the Spanish concentrated on conquering Central and South America, all the while searching for El Dorado, a city in which gold was supposed to be as common as sand.

Every time explorers discovered a major source of gold, they reported that they had found the mythical city and started a gold rush. One of the first rushes occurred in Brazil's Minas Gerais region in 1700. Gold mining in this area became the main economic activity, making Brazil the largest gold producer by 1720. Slaves, brought in from Africa, used primitive technologies, such as panning, to do the mining.

Panning became iconic of the California Gold Rush, as well, although the first U.S. gold rush occurred 3,000 miles (4,828 kilometers) away and 45 years earlier -- in North Carolina. Until the 1830s, North Carolina supplied all of the domestic gold coined for currency by the U.S. Mint in Philadelphia. Then, on Jan. 24, 1848, New Jersey-born contractor and builder John Marshall found flakes of gold while overseeing construction of a sawmill near Sacramento, Calif. By the end of the year, an estimated 5,000 people were mining in California. That number exploded to 40,000 by the end of 1849 [source: PBS].

­Similar rushes gripped other nations in the 19th century. A gold rush in Australia began in 1850 when Edward Hammond Hargraves found gold in New South Wales. And in 1868, George Harrison uncovered gold in South Africa while digging up stones to build a house.

Isaac Newton, the famed English scientist who revolutionized how we study the natural world, has two surprising ties to gold. First, he practiced alchemy, an ancient pseudoscience that sought to change less costly metals into silver and gold. Second, he once was Britain's Warden of the Mint. In 1700, Newton fixed the price of gold, redefining the shilling, pound and pence so that 21 shillings and 6 pence would stay equivalent to one gold guinea. He also hunted counterfeiters -- with the same intensity, some suggest, that he hunted for insights into the physical world. 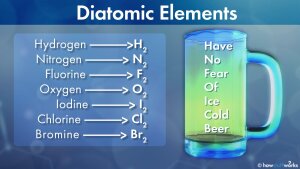 What Are the 7 Diatomic Elements?