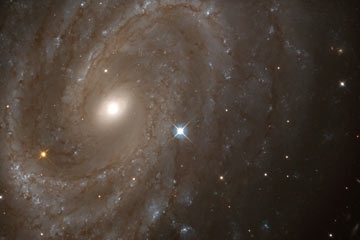 The largest structures in the universe bind billions or even trillions of stars in their massive gravitational yokes. Cosmic dust and vast clouds of gas fill galaxies, too, along with the planets and other matter that may orbit stars.

Galaxies got their start nearly 14 billion years ago, with one unimaginably hot, dense and tiny pinpoint. According to the big bang theory, this singularity was the universe in its entirety. Then it exploded, cooling and expanding in the process. Imagine a balled-up piece of paper unfolding into a giant map, and you have a very crude model of what happened.

Following the big bang, the primordial universe consisted of only radiation and subatomic particles. How did it evolve into more than 100 billion galaxies? Scientists have two kinds of theories, both of which hinge on the gravitational effects of collapsing gas in the early galaxy.

First, there are the bottom-up theories, in which the gas collapsed and compressed into clumps the size of a million suns (that's starting small for something the size of the universe). These clumps then merged to build galaxies. Top-down theories, on the other hand, start big. This school of thought argues that the resulting clumps were each the size of multiple galaxies, which in turn broke down into individual galaxies. These latter theories would explain why galaxies occur in clusters.

Either way -- bottom-up or top-down -- the resulting clumps then collapsed into protogalaxies consisting of dark matter and hydrogen gas. The hydrogen then fell toward the center of the protogalaxy while the dark matter remained as an outer halo surrounding it.

Astronomers recognize two main galaxy types: elliptical and spiral. These differences in shape, according to one theory, are due to star formation. Stars develop inside a protogalaxy when clouds of gas mix and collide. If the stars in a protogalaxy form all at once, then the mature galaxy essentially retains the spherical shape of the protogalaxy and becomes an elliptical galaxy.

Additional changes can occur when galaxies drift too close to one another or collide. Astronomers believe that the merger of two galaxies always results in an elliptical galaxy. As such, the Milky Way has probably never merged with another galaxy, while the massive elliptical galaxies found at the center of galaxy clusters are likely the result of multiple cosmic mash-ups.

Explore the links on the next page to read more about the origins of even more cosmic wonders.

Could a gamma-ray burst wipe out all life on Earth?
Could the power of a neutron star be harnessed?
Pluto: Is It a Planet After All? 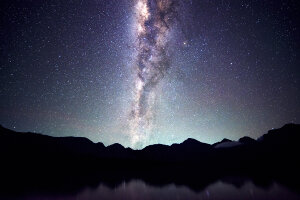