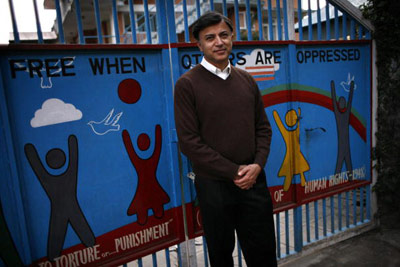 Dr. Bhogendra Sharma, president of the Centre for Victims of Torture, stands outside the group's office in Katmandu, Nepal, in 2006. Groups like this one believe that freedom from torture is a human right.
Brian Sokol/AFP/Getty Images

Seated across from you in a darkened room is a man tied to a chair. The hum of dim fluorescent lights rings in your ears. The thick concrete walls that surround you won't let in any sound -- or let any out. Outside, two guards look the other way. You know that this man has information on a plot to kill innocent civilians. You've asked him repeatedly to tell you what he knows. How many lives could be saved if he gives you the information? Hundreds? Thousands?

­So do you resort to torture to get this man to talk? Do you use one of the more prevalent forms of torture? Do you use the more subtle, psychologically damaging white torture? Do you hang him by his arms or threaten his family? If you're obeying international law, then you choose none of these options.

But why? Because torture is illegal. Any kind of treatment that causes physical or mental pain, committed for any reason, is a violation of international law.

In 1984, the United Nations held a convention on torture and cruel, inhuman and degrading treatment (CID). What resulted was an international treaty signed by 74 countries, including the United States [source: United Nations]. The Convention against Torture expressly forbids committing acts of torture and outsourcing torture to other countries where torturous methods are legal. It also established procedures for prosecuting anyone caught torturing another person [source: United Nations].

While the treaty forbids torture and regulates its practitioners, it doesn't diminish the need to extract information. And there are few ways as useful as torture for undertaking such an effort. So is there such a thing as legal torture? That depends on how you view it. Find out how someone could legally justify torture on the next page. 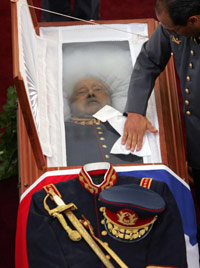