Browse the article Would having your own clone be like having an identical twin? 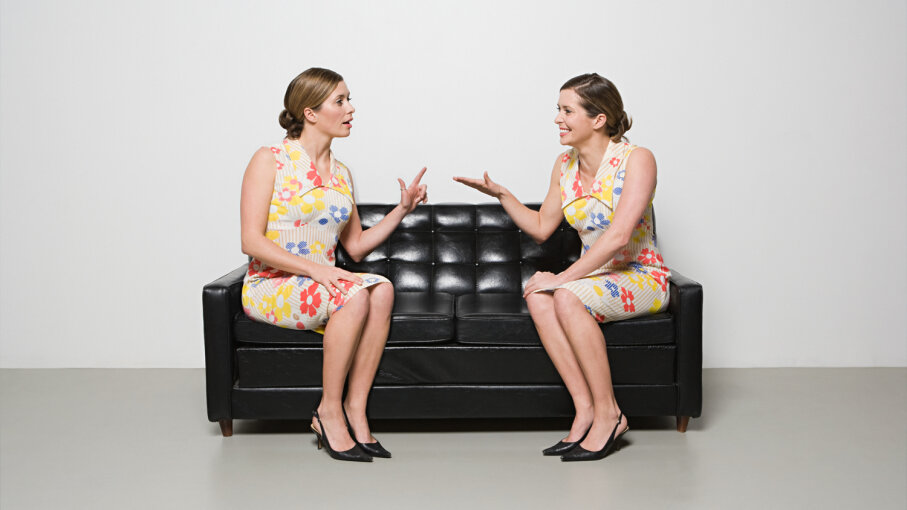 Is there a limit to what one man and a mail-order cloning vat can do?

Just fill up the vat with embryonic stem cell fluid, pop in a tissue sample and set the dial to "gestate." Three hours later, you're handing out jean shorts and shouting orders to six naked copies of yourself.

"Clones one and two, you double-team the workload at the office. Clone three, you're on housekeeping duty. Four and five? The new Elder Scrolls game isn't gonna beat itself."

Meanwhile, clone six might just hang out in the bedroom for a spell. So many new and exciting questions to answer ...

Sure, it sounds great, but modern cloning technology doesn't match up to the dream. First of all, there are no known human clones, despite what your cult leader says about multiple Barack Obamas with counterfeit belly buttons. Second, researchers still don't have a perfect grasp of the health risks involved in the process, and third, there's also the U.N.'s 2005 nonbinding human cloning ban to worry about.

The closest we have to human clones today are monozygotic, or identical, twins, like the freaky little girls in "The Shining." Even their genetic makeup isn't 100 percent identical, but it is highly similar, all because their fertilized egg once split in half and developed as two zygotes instead of one. One person became two.

But that's the kicker: Each twin grew as a separate person -- even in utero. Identical twins never even have the same fingerprints, thanks to slight variations in womb pressures and amniotic fluid.

After birth, twins keep marching down their own developmental paths, thanks to their environment. Everything from diet to lifestyle choices can trigger changes in how their genes are expressed (welcome to the world of epigenetics!). For example, Mary-Kate and Ashley might have identical genes for a particular health problem, but only Mary-Kates' environment will flip the gene to the "on" position.

That's why you'll run into identical twins who lead drastically different lives, each with their own illnesses, dreams and favorite Coen brothers movie.

Now let's have a look at that clone of yours.

No More Cloning Around

Just follow these steps and a human clone can be yours. No, not really.
© 2012 HowStuffWorks

To whip up a human clone, doctors would most likely use a process called somatic cell nuclear transfer -- the same technique they've used successfully with animals like Dolly, the famous (and now departed) sheep clone.

In regular old human reproduction, sperm fertilizes an egg, combining two sets of DNA into one. Cloning, however, destroys the existing nucleus in the egg and replaces it with the nucleus from the single clone parent. The vast majority of the resulting egg's DNA would come from the clone parent, though a little bit would still come from the original egg.

Next, doctors would implant the egg in a surrogate mother's womb. Here, in the comfort of a stranger's bun oven, the tiny clone would continue to develop, influenced by environmental factors such as a pack-a-day Pixy Stix addiction and cross-country Phish fandom.

So would having a clone be like having an identical twin? Genetically, the answer is a resounding "sort of." Practically speaking, the answer is "no way." The age difference between twins is generally a matter of minutes, not decades.

Having a clone would be more like having a baby -- though you might be able to talk it out of a donor organ or two when he or she is older.

While the science doesn't quite hold up to the standards set in fiction, I do love the idea of cloning as a multiplier of self. How would I get along with another Robert Lamb? How long would it take us to drift apart as individuals? Would we use the same toothbrush?

The scenario pops up all the time in science fiction, with noble heroes battling their villainous vat-grown doubles. Occasionally, you'll encounter a story that takes a more thoughtful or realistic approach. The 1979 film "Parts: The Clonus Horror" and Kazuo Ishiguro's 2005 novel "Never Let Me Go" both examine the prospect of clone farms as factories for spare human parts. Could you possibly resurrect a person through cloning? To what lengths would you have to go to micromanage the events and conditions of his or her life?

In the realm of nonfiction, the "This American Life" episode "Reunited (And It Feels So Good)" features a fascinating account of one couple's attempt to bring back a beloved Brahman bull through cloning. It will make you weep. It will make you hold your groin in sympathetic agony. It will make you think long and hard about the limits of cloning as a resurrective technology.