The Epigenetic Spin on Nature versus Nurture 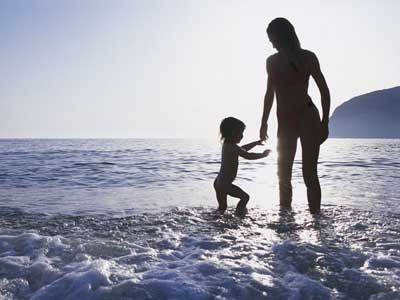 Are we enslaved to our genes that we get from our parents, or can we break free with epigenetic change?
Hauke Dressler/LOOK/­Getty Images

It's half time in the big nature versus nurture playoff. Let's run down the score. The fact that we're based in large part on the genes we inherit from our parents is certainly a point for nature, but the fact that our day-to-day life can influence epigenetic changes certainly puts one up on the board for nurture. Interestingly, the next little fact doesn't break the tie -- it scores a point for both sides. Based on what we know now, it seems at least some epigenetic changes are hereditary.

­Go back to the video game analogy for a moment. Your parents don't just pass on the central program to you, but some of the actual game settings they used. Some chromatin modifications transfer to newly synthesized DNA and proteins. As you might imagine, the prospect of inherited epigenetic changes is having a huge impact on our understanding of evolution. Scientists have even re-evaluated theories they had previously discredited, such as those of 18th-century scientist Jean-Baptiste Lamarck. While recent findings don't completely support Lamarck's theory that the necks of giraffes elongated over the course of generations of reaching for food, some of the evidence is certainly Lamarckian.

Take the water flea for instance. In a predator-heavy environment, the creatures develop large, defensive spines -- a trait their offspring also develop, even if raised in a predator-free setting. This process is called transgenerational epigenetic inheritance. Humans may not have to contend with growing defensive spines because dad felt threatened, but studies have shown that various behavior and health conditions are due to inherited epigenetic changes.

Epigenetic changes also allow stem cells to develop into specialized cells, such as those found in the brain. While organisms depend on this vital process, epigenetic changes also contribute to diseases. In some cases, the gene or genes that are turned on are those associated with debilitating diseases, such as Angelman syndrome. In other cases, epigenetic changes turn off a really important gene. To use the video game example again, there's a certain range of settings that work well for an organism, but turning on too few or too many options can lead to a very unsatisfying playing experience. Scientists even think both decreases and increases in methylation (chemical bundles that enzymes attach to DNA) may cause cancer, by turning on too many growth-promoting genes or turning off tumor-suppressing genes.

What kinds of factors flip these epigenetic switches? Find out on the next page.