Browse the article Are men or women happier? 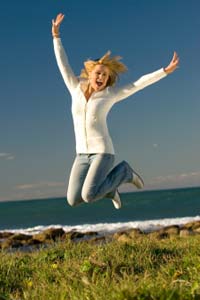 If girls just want to have fun, as Cyndi Lauper belted out in 1983, does that mean boys are serious stoics? Lauper probably wasn't trying to make a sociological statement in her head-bopping anthem, but her lyrics point to a much-debated question about gender differences. In studying the relative happiness of people across the globe, do men and women exhibit distinctive emotional characteristics? In short, is one sex generally happier than the other?

It's important to note that evaluating happiness isn't a highly precise scientific undertaking. For one thing, happiness is a subjective term, and there's no universal measurement for it. Though someone smiles on the outside, it doesn't mean that his or her apparent joy reflects internally. Similarly, a lot of studies related to happiness rely on self-reporting. One survey that economists from the Wharton School at the University of Pennsylvania have used simply asks respondents to rate themselves on whether they are "very happy," "pretty happy" or "not happy." The resulting statistics don't take into account the nuances and background information of why and how people scored themselves.

Despite the potential pitfalls of empirical happiness studies, we can draw some conclusions about who the happiest sociological groups of people are. Generally, older people are happier than younger ones. Wealth and good health also give us something to smile about more often. Yet when it comes to the happiness gender gap, things aren't so cut and dried.

The 2003 Pew Global Attitudes Project that surveyed 38,000 men and women across 44 countries lends insight into the disparities between male and female happiness. Overall, women scored themselves as more satisfied with their lives than men [source: Pew Research Center]. Moreover, women from certain countries, including Pakistan, Japan and Argentina, appeared significantly happier. The differences between what affects men and women's levels of happiness explains this slight gender gap. Women, for instance, tend to focus on personal and domestic problems, while men concern themselves more with matters outside of the home.

This variation in values is also reflected in how the recent recession has affected people's happiness. According to a Nielson Happiness Survey conducted in 51 countries, men's happiness hasn't weathered the economic storm well since they attach more importance to financial success than women. On the other hand, the women surveyed indicated they appreciated quality relationships above all [source: Reuters].

But women shouldn't start celebrating the good news just yet. 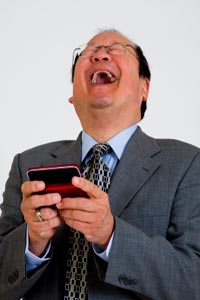