What color are those letters? If you're a non-synesthete, you probably replied "blue." Even "neon blue" if you were feeling descriptive. For grapheme-color synesthetes, however, that question may have several very different answers.
iStockphoto/Thinkstock

Synesthesia is a phenomenon where experiencing one sense (or cognitive pathway) results in the experience of another one. So you might "see" the letter B (typically uppercase and lowercase) as red or hear a word that makes you taste a certain flavor [source: Ramachandran and Hubbard]. Music, too, might be perceived as colorful, where a C note is maroon and F sharp is yellow -- it might change by octaves, too. Or maybe you see dates spatially -- Tuesday is always a yard or two to your right, a fixed position in space.

So have you found yourself already racking your brain, trying to decide if 8 is purple or the letter Q tastes like bananas?

If you really strongly understand any of these sensations, you might just be a synesthete. (Or synesthesiac, a term that doesn't exist but I think should.) And although for a long time, researchers thought synesthesia was incredibly rare, it turns out that just asking someone if they experience these symptoms isn't entirely accurate. A 2006 study that gave objective tests to subjects found that synesthesia was 88 times more likely than previously thought, and it affected 2-4 percent of the general population [source: Simner et al.].

Not every synesthete experience is the same, either in people or between different synesthetic forms. For example, a small 2005 study found that while grapheme-color synesthetes (those who perceive letters, numbers or words as colors) almost always associate a word with a color, many lexical-gustatory synesthetes (those who link words with a certain taste) don't have a particular association with every word [source: Ward et al.].

As a general rule, synesthesia can occur between just about any combination of senses or cognitive pathways.

The most common type of synesthesia is grapheme-color. Graphemes (letters or numbers) take on certain colors to the synesthete. This is almost always uniform for each person, but not among synesthetes in general. For instance, one person with synesthesia could always see the letter A as red, but that doesn't mean all synesthetes will experience the same color. (Although there are some studies that show certain combinations appearing more among synesthetes -- including A as inherently red [source: Ramachandran and Hubbard].)

Another synesthesia that is reported is sound-to-color synesthesia. This could indicate a few different things; it might mean that something as simple as a noise (a car horn, flushing toilet) takes on a color or shape in the mind's eye when it's heard. You might experience some sounds as a texture. Some lucky folks get to "see" music and associate a wide variety of musical notes with a rainbow of colors. Interestingly, a 2006 study did show that sound-to-color synesthetes associated a higher pitch to a lighter color -- which non-synesthetes also agreed on [source: Ward]. This led researchers to conclude that synesthesia might be using the same cross-modal pathways that most people use, rather than pathways special to the condition.

Next up is one of the rarer (and more delicious) forms of synesthesia, which is lexical-gustatory (or olfactory). This kind of synesthete might taste certain flavors (or even whole dishes or meals) based on a visual picture or word or sound. They might also associate smells with certain colors, or shapes -- let's say the smell of toast might be ochre. Some synesthetes even claim to taste the emotions of other people [source: Carlsen].

Some less common forms include mirror-touch synesthesia, which causes some people to experience a physical feeling when other people are touched (read Can people feel the pain of others? for more info on this particular twist). Ordinal-linguistic personification is where a person might give personality traits to individual items in ordinal lists. For instance, saying that the letter A appears egotistical, the letter B nurturing and the letter C brave -- it can happen with numbers, days of the week and so on. Number-form is where a person sees numbers as a very distinct map -- often, lower numbers (more commonly seen ones) are bunched up at one end (or the first 12 might imitate a clock face). They're not necessarily linear, but might curve in and out, or move up and down. However the map "looks," it stays uniform for the number-form synesthete.

So we got it: There are lots of synesthesia forms out there. But why in the world do they occur?

So if synesthetes see the number five as red, does that mean red means five to them? Not necessarily. It seems that synesthesia is directional, meaning it only goes one way. If we were to just "evoke" the number five from red, it's less clear how it would behave -- would it be big? How would one "see" it? Our brain seems to have an easier time arousing the image of a red five than finding "five" in red, which makes scientists think synesthesia has to do with how senses (and not numbers) are mapped in our brain [source: Ramachandran and Hubbard].

So let's say you really want to taste purple or find a way to associate colors with numbers. How the heck does one get synesthesia? First, let's delve into the nitty-gritty of how scientists think (smell? hear?) how synesthesia works.

We don't know a ton about synesthesia, although it has become a popular field for study. Researchers do think the condition tends to be somewhat inherited or genetic, as about 40 percent of synesthetes report a first degree relative with synesthesia [source: Brang and Ramachandran]. Many synesthetes recall synesthesia as long as they can remember, and it can be discerned at an early age.

If you don't have synesthesia, you might be trying hard to make associations with colors or numbers related to memories. (You might decide the letter G is blue because you can recall a teal "G" on a poster in your childhood bedroom.) But synesthesia has been shown to be a sensory phenomenon, unrelated to memory. For example, if you are given a matrix mostly consisting of the number five all over the paper -- scattered with a few twos, which form the shape of a triangle -- you would have a hard time discerning the triangle. You'd have to look closely to search for the twos, and then discern the shape from there. A grapheme-color synesthete can see the triangle almost instantly. This has led researchers to conclude that synesthesia is quite real, and that it happens early in the perception process; your mind, in other words, doesn't spend time searching for a memory association [source: Ramachandran and Hubbard].

Although one study did find that some exposure to color-letters built up their association, the effect didn't stick around [source: Colizoli]. So far, it doesn't appear one can "get" synesthesia.

The Evolution of Disgust

Researchers studying synesthesia note with interest that we use terms like "disgusting" (and a matching facial expression) across cultures to denote something nasty tasting -- and morally reprehensible. One hypothesis is that as mammals evolved, the frontal lobes used to distinguish smell and taste were taken over when new social acts (that is, morality) needed to be defined, and some cross-wiring took place [source: Ramachandran and Hubbard]. Perhaps our reaction to a cheating spouse or slimy politician is just a form of synesthesia that became normalized. 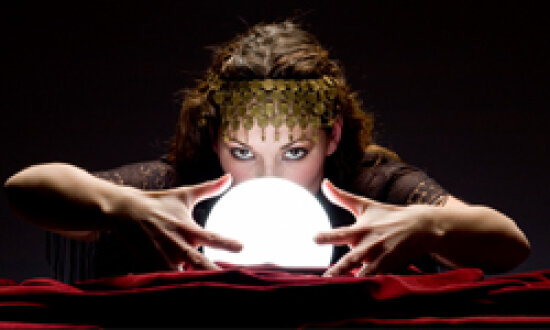 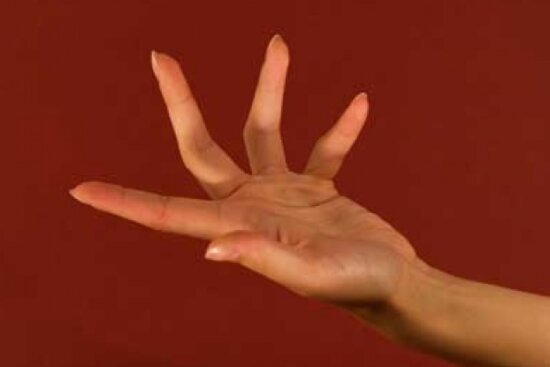