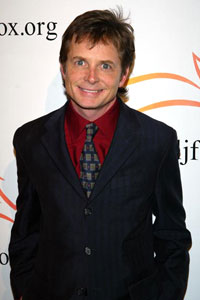 DBS is perhaps most famously used in the treatment of Parkinson's disease. Prominent actor Michael J. Fox helped to bring Parkinson's to the eyes of the public when he revealed his diagnosis with the disease. Essential tremor and dystonia are two other movement disorders that are also commonly treated with DBS. Essential tremor is characterized by tremors during muscle movements and is actually the most common movement disorder in the United States. Usually medication alone is sufficient to treat essential tremor, but sometimes severe cases require treatment with DBS.

Dystonia is a disorder resulting in unwanted muscle contractions. Notably, the DBS implantation surgery is performed differently in the case of dystonia. Because dystonia patients are unable to suppress the head and neck movements that are part of their symptoms, the patients must be placed under general anesthesia during the electrode implantation surgery. As we'll later learn, this situation can make proper electrode implantation more challenging for the doctor.

Parkinson's disease, essential tremor and dystonia are all movement disorders that share symptoms treatable by DBS stimulation to the basal ganglia. DBS can also be used on brain regions outside the basal ganglia to treat other conditions caused by abnormal brain function. The most common use of DBS is actually for the treatment of chronic pain.

DBS has also shown promising results in the experimental treatment of other conditions including Tourette syndrome, multiple sclerosis (MS), depression, epilepsy and obsessive compulsive disorder (OCD). A wide range of other possible future applications for deep brain stimulation therapy exists as well. The treatment of certain types of headaches, depression and even obesity are just a few of the possible applications of DBS that are currently being explored.

We've seen what a DBS device looks like and what conditions it can treat, but what are some of the risks and side effects?