Considering how long people have pondered why humor exists -- and the resulting library of tomes on the topic -- it seems astonishing that the first-ever academic symposium on comedy took place in January 2011. If organized in ancient Greece, the event could've featured Plato and Aristotle as keynote speakers, since both waxed philosophical back then about what compels us to crack jokes. But one thing Aristotle definitely got wrong about humans and humor is that we aren't "the only creatures that laugh," as he suspected [source: Provine].

While chimpanzees, gorillas and orangutans don't have the ability to vocalize "knock, knock" knee slappers, they do chuckle, particularly if tickling behavior is involved. And it doesn't always require actual physical contact to elicit such a response, either. Baby chimps will also cackle if parents pretend to tickle them, wiggling a finger near -- but not on -- their flesh [source: Tierney]. Why do primates have such sensitive funny bones? Some think, from an evolutionary standpoint, primates started laughing to signal that a perceived threat wasn't as dangerous as it seemed, while others link the laugh to teaching younger generations how to play and get along with each other [source: Warner].

And certainly, humor serves as societal glue among people too, binding together groups through inside jokes and culturally relative references. It's simultaneously an ice-breaker and a rule-maker, fostering attraction as well as it establishes hierarchy. Humor's manifold applications make sense since it's as fundamental to human populations as sex. In short, everybody does it. The phonetic forms of laughter ('ha ha,' 'hehe') are strikingly similar across languages as well, which means it sounds the same whether you're at a comedy club in New York City or a Bedouin tent in the desert [source: Beard].

But after a couple millennia of endless theorizing, experimenting and general goofing off, we have yet to decipher any universal formula for comedy. We can outline the basic elements of stand-up routines, itemize the number of whipped cream pies in a slapstick skit, and identify the differences between irony and sarcasm, yet it's nearly impossible to predict what will elicit a genuine laugh from every single audience member. Indeed, dissecting the why and how of humor is a far more delicate operation than delivering a deadpan one-liner, but that hasn't stopped a number of philosophers and scientists from trying. To begin to understand the prevailing theories in funny science, let's return to that comedic duo of yore: Plato and Aristotle.

Theoretically Funny: The Primary Theories of What Humans Find Funny

When Deborah Solomon, writing for The New York Times Magazine asked comedian Chris Rock what's funny, he replied, "You want to know what's not funny? Thinking about it," [source: Solomon]. Certainly, philosophy and comedy might seem like unlikely bedfellows, but they've actually been a pair for quite some time now. As we've already mentioned, philosophizing about what we consider funny has gone on for thousands of years. Plato and Aristotle could be thought of as the godfathers of funny philosophy, and many great thinkers since their time, including Freud, Kant and Kierkegaard, have contributed to the comedic conversation. Three primary theories of humor have consequently emerged and serve as the intellectual foundation for funny:

Today's humor research draws on elements of these primary theories and remixes them. For instance, the Benign Violation theory of humor developed by a team of psychologists at the University of Colorado Boulder explains funny as a series non-threatening violations of social norms [source: McGraw and Warren]. Essentially, a joke should violate some sort of cultural practice or value, but at a safe psychological distance to where the humor doesn't become too "real" for the audience. Flagrantly racist and sexist jokes, for instance, can quickly sour a comedy routine. Cross that off-color line, and laughter quickly sours into cringing disgust. Put another way, mixing in too much Aristotelian malice reaps offense, rather than applause.

These theories of humor help explain what elicits humor socially, culturally and psychologically, but with broad brush strokes, rather than a fine point pen. Therefore, the goal of finding a precise scientific formula for funny remains elusive. But in the brain, at least, the roadmap to raucous laughter is more direct.

A Neuroscientist and a Comedian Walk Into a Bar: Humor in the Brain

Humans are a pretty laugh-happy group. A professor at the University of Western Ontario calculated that the average person chuckles, guffaws or snickers 17.5 times per day [source: Gottleib]. How does that laughter happen? What buttons does a comment or comedic situation need to push in order to coax a cackle? Thanks to functional magnetic resonance imaging (fMRI) technology, neurologists have a pretty good idea of how the brain finds something funny.

A team of scientists at Dartmouth hooked study participants up to an fMRI machine and watched what lit up during episodes of "Seinfeld" and "The Simpsons". Although the people might not have laughed out loud at Kramer's antics or Bart's sassy responses, the fMRI provide a sneak peek into how we process comedic material. In that experiment, the researchers detected a two-part detection and appreciation process. Joke detection occurred in the left inferior frontal and posterior temporal cortices on the left side of the brain [source: Krakovsky]. The left side of the brain helps us sort through novel or unexpected information and cross-reference it to information already stored in our memories. Going back to the incongruity theory mentioned earlier, this brain function helps us make sense of situational contrasts and their unexpected resolutions -- i.e., the jokes. Once our brains process the content of the joke, the appreciation happens in the insular cortex and amygdala, which help regulate our emotions [source: Krakovsky].

After this mental workout, our brains offer a reward for enjoying a punch line. If something tickles our funny bones, our brains deliver shots of pleasure-inducing dopamine, via the amygdala [source: WebMD]. That dopamine link also explains why it's hard to laugh at anything when we're down in the dumps. When the mesolimbic reward system turns off the dopamine valve, our moods and senses of humor tend to diminish in suit. But when we do crack up, neurons called spindle cells further assist in the funny-making monkey business by transmitting the delighted emotion across the brain [source: Lehrer].

Given these neurological patterns, finding that secret algorithm for funny might seem like a no-brainer. Figure out what elements -- two guys walking into a bar, a chicken crossing a road, a knock-knocking at a door -- delight these brain regions and create comedy gold from there. But one interesting finding in the neurology of humor indicates why the scientific formula for funny probably doesn't exist.

A 2004 study from Washington University School of Medicine compared the brain's humor pathways among male and female participants. The fMRI scans revealed that both sexes exhibited similar action in the temporal lobes as their brains sorted through semantic knowledge and processed the language to find the funny [source: Azim et al]. However, female brains spend more time picking apart the verbiage and derived a more potent mesolimbic -- a.k.a. reward -- response when they hit the punch line. That small-scale study hinted that men and women possess distinct, gender-related funny meters. While women might not laugh at a joke as quickly as men, they'll laugh harder when they're genuinely amused [source: Azim et al].

Is funny beyond the bounds of science?

Gender differences in laughter behavior and humor are just one of the myriad ways in which funny is a subjective concept. Statistically, men tend to get the most laughs, whether they're swapping stories with the guys or holding court with  women. In fact, women attempting to make men laugh have the toughest task, since a male speaker tends to provoke 126 percent more yucks out of a male audience, compared to a female speaker [source: Provine]. Although Christopher Hitchens famously explained away this comedy conundrum in "Vanity Fair" when he wrote that women simply aren't funny, surely the social role of laughter, which traces back to our primate ancestors, is more nuanced than that [source: Hitchens].

Regardless of gender, the pleasurable experience we derive from humor relies heavily -- to the point of dependency -- on context. Just think about getting tickled by a best friend versus a stranger. The identity of the tickler determines whether the experience is pleasurable or painful for the one being tickled [source: Provine]. That notion of relationship -- in terms of personal identity, age, language, ethnicity and social background -- can further impact what an audience finds funny. Americans tend to laugh more at "positive humor," characterized by irony, while Britons belly laugh at "negative humor," revolving around self-deprecation and sarcasm [source: Bloxham]. Which is the funnier nation? It's anybody's guess.

Recent research has also taken a poke at Plato and Aristotle's superiority theory of humor. While the ancient Greeks claimed that people laugh with malice at others' misfortune, studies show there may be other motivations behind our mirth. For example, lower status employees chortle more in response to managers. In one study, participants pretending to be bosses in a work environment laughed less at a corny joke set up by the researchers, compared to when they role played as lower-level employees interacting with fictional employers [source: Tierney]. This suggests we might fake funny in order to curry favor from people with a higher status.

Some of the most compelling evidence against the chances of unearthing a long-sought formula for funny is that most of the time, when people laugh in their daily lives, it isn't at jokes or comedy routines. When humor expert Jim Holt examined what we find funniest, he found that only 11 percent traces back to actual jokes or comedic routines [source: Beard]. Instead, the primary humor sources that account for a whopping 72 percent of our daily laughter are ourselves and the folks around us. Like many seasoned, successful stand-ups report: Everything is comedic material. 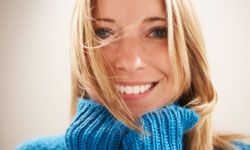 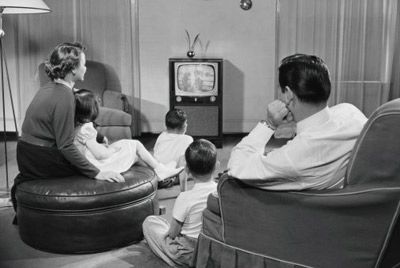 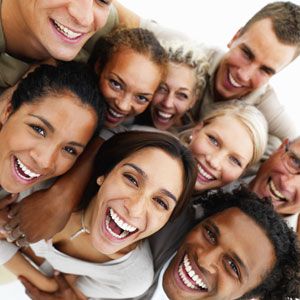