Theoretically Funny: The Primary Theories of What Humans Find Funny 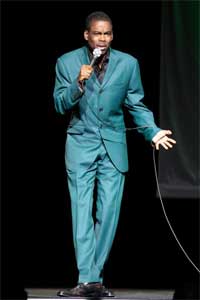 To comedian Chris Rock, it's impossible to explain what funny is.
Donald Kravitz/Getty Images

When Deborah Solomon, writing for The New York Times Magazine asked comedian Chris Rock what's funny, he replied, "You want to know what's not funny? Thinking about it," [source: Solomon]. Certainly, philosophy and comedy might seem like unlikely bedfellows, but they've actually been a pair for quite some time now. As we've already mentioned, philosophizing about what we consider funny has gone on for thousands of years. Plato and Aristotle could be thought of as the godfathers of funny philosophy, and many great thinkers since their time, including Freud, Kant and Kierkegaard, have contributed to the comedic conversation. Three primary theories of humor have consequently emerged and serve as the intellectual foundation for funny:

Today's humor research draws on elements of these primary theories and remixes them. For instance, the Benign Violation theory of humor developed by a team of psychologists at the University of Colorado Boulder explains funny as a series non-threatening violations of social norms [source: McGraw and Warren]. Essentially, a joke should violate some sort of cultural practice or value, but at a safe psychological distance to where the humor doesn't become too "real" for the audience. Flagrantly racist and sexist jokes, for instance, can quickly sour a comedy routine. Cross that off-color line, and laughter quickly sours into cringing disgust. Put another way, mixing in too much Aristotelian malice reaps offense, rather than applause.

These theories of humor help explain what elicits humor socially, culturally and psychologically, but with broad brush strokes, rather than a fine point pen. Therefore, the goal of finding a precise scientific formula for funny remains elusive. But in the brain, at least, the roadmap to raucous laughter is more direct.