Browse the article How Multitasking Works 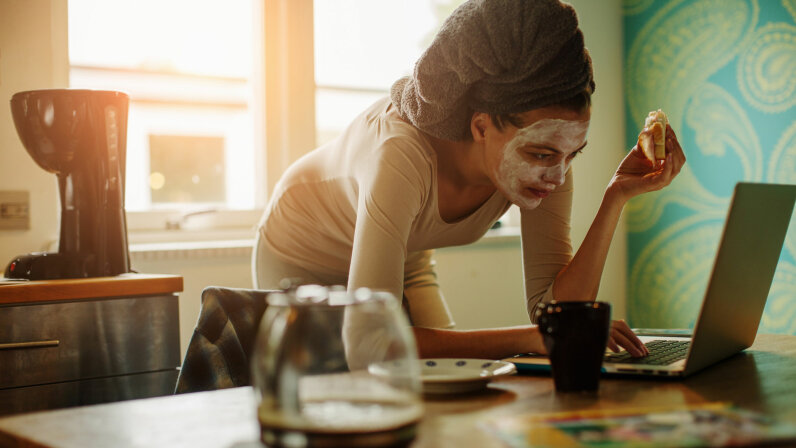 You’re actually accomplishing a lot less when multitasking than if you focus on one main goal. Geber86/Getty Images

It's probably time to strike "excellent multitasker" from your resume in favor of something with a more positive implication. That's right, although trying to do two or more things at a time seems like it would be beneficial in today's hyper-productive workforce, science (with a dash of common sense) indicates that you're actually accomplishing a lot less when multitasking than if you focus on one main goal.

"Multitasking is the mistaken belief that when we do two or more things at the same time we get them done faster and better," explains productivity psychologist Dr. Melissa Gratias. What we commonly refer to as multitasking is better described as task-switching because the brain is not capable of intently focusing on two serious tasks at the same time. This reality means that one or both tasks are inevitably going to suffer [source: American Psychological Association].

"Our brain does not perform tasks simultaneously. It performs them in sequence, one after another," Dr. Gratias says. "So, when we are multitasking we are switching back and forth between the things we are doing." This act results in a phenomenon known in psychology circles as the switching cost.

"Switching cost refers to the cognitive price you pay each time you switch tasks. Whenever you transition from one task to another it takes a moment for your brain to becoming fully engaged in the activity. You can think of it like a mental version of warming up at the gym. It takes a minute or two before your brain is operating fluently and at full speed on a given task," performance improvement author James Clear explains in an email interview.

There's a scientific reason behind this madness. The brain's prefrontal cortex is credited with helping us pay attention to a given task. Spanning both the left and right sides of the brain, it's responsible for getting jobs done by coordinating with other neurological areas. When charged with one task, both the left and right sides join forces. When faced with multitasking, the two sides of the prefrontal cortex are forced to split up in order to attempt the simultaneous tasks [source: Society for Neuroscience].

The Risks of Multitasking 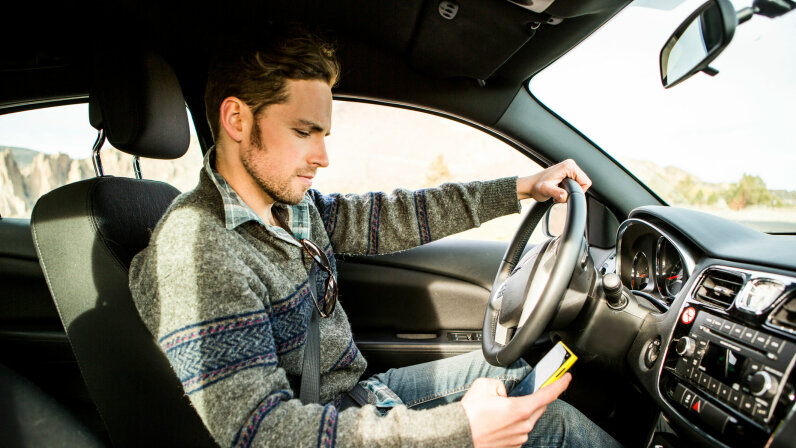 Multitasking and its stepbrother, interruptions, are known to impact safety, particularly in high-risk fields like aviation, health care and driving. Jordan Siemens/Getty Images

Those Facebook clicks, email checks and instant messages seem tiny and insignificant, but research has shown that excessive task-switching throughout the workday can rack up as much as a 40 percent loss in productivity [source: Weinschenk]! Such performance failure can quickly cost a company big bucks, not to mention throw an employee's job stability into question.

Productivity loss and potential unemployment aren't the only detrimental side effects to multitasking, however. Multitasking and its step-brother, interruptions, are known to impact safety, particularly in high-risk fields/experiences like aviation, healthcare and driving. The latter, in particular, is frighteningly common, with about 660,000 drivers in the U.S. at any daylight moment using cellphones or other electronic devices while behind the wheel [source: Distraction.gov].

IQ scores also take a hit when people are multitasking, according to a University of London study, in which some male participants experienced an IQ dip of 15 points while multitasking during cognitive skills tests. That's equivalent to staying up all night, or the IQ of a typical 8-year-old kid! Women fared better, however, with "only" a five point drop in IQ [source: Stillman].

Given the IQ decline, it's not shocking that people are also more prone to make mistakes when multitasking. A 2010 French study found that participants were able to adequately handle two tasks at a given time, but a third caused significant errors — three times as many errors as when they were handling just two tasks. The researchers noted that the brain's two hemispheres appear equipped enough to handle two tasks, but a third task put the brain into overload. However, a lot depended on the difficulty of the tasks. Walking, chewing gum and checking your smartphone is easier than driving, eating some fries and looking at your smartphone.

Physiologically speaking, multitasking isn't doing you any favors, either. A University of California, Irvine study showed that frequent interruptions cause people to work faster to compensate for lost time, resulting in elevated stress levels and pressure. Socially, failure to devote attention to important personal conversations and relationships can also cause major issues.

"Buying into the myth of multitasking allows us to convince ourselves that we can do it all and that we don't have to make hard decisions about where to spend our time. The more you fall into the trap of multitasking the less you commit to one clear priority," author Clear explains. "I think this ends up costing us in a very big way over the long term because the people who rise to the top of nearly every field are the ones who show some sort of unwavering commitment to that area (often combined with natural talent)."

Origin of the Word 'Multitasking'

The practice is a tale as old as time, but the term "multitasking" was coined in a 1965 IBM report singing the praises of its latest computer model [source: Clear].

Exceptions to the Rule

Obviously, all tasks are not created equal. It requires far more concentration to do calculus than sing along with Fifth Harmony (provided you know all the lyrics by heart). To that end, it's possible to do some tasks simultaneously.

"Tasks that are automatic or don't require much attention allow for a sort of multitasking ... But it's hopeless to try to conduct two or more tasks at once when each of them requires that we pay attention to what we're doing," Dr. Susana Martinez-Conde, neuroscientist and co-author of "Sleights of Mind: What the Neuroscience of Magic Reveals About Our Everyday Deceptions" explains in an email interview. "A much better and productive strategy is to carry out the two tasks in sequence. We must also consider the sort of situation we're in, and its consequences. Texting a friend while we watch a movie may mean that we miss a critical point of the plot (not a big loss), but texting a friend while driving may have far more serious consequences."

Although it might not be as impressive as X-ray vision or web-slinging, there are some who are supertaskers. "Researchers from the University of Utah discovered that 2.5 percent of a group of 200 undergraduates were exceptional performers in a simulation that mimicked driving while talking on a cell phone. This study suggests that there are people for whom multitasking, even with complex tasks, can be effective," Gratias writes in her e-book, "Love Your Calendar...and be monogamous." The jury's still out on why certain people are supertaskers, but researchers hypothesize that their brain's unique abilities could be due to genetics.

Clear urges caution against assuming membership in this category, however. "Some jobs really do require a person to be exceptional at handling multiple, simultaneously occurring events, and some people are supertaskers," he says. "However, don't create the need to multitask where it doesn't already exist, and avoid habitual multitasking simply because 'that's the way I've always done it.'"

Basic, instinctual multitasking dates back to prehistoric humans, and was not nearly as complicated as say, driving and texting. "Once they started walking on two feet, their hands were free to pick up tools, fibers, fruits or kids, and their eyes could look around for opportunities and dangers," University of California, Los Angeles anthropologist Monica L. Smith explains in a press release. "That's the beginning of multitasking right there." 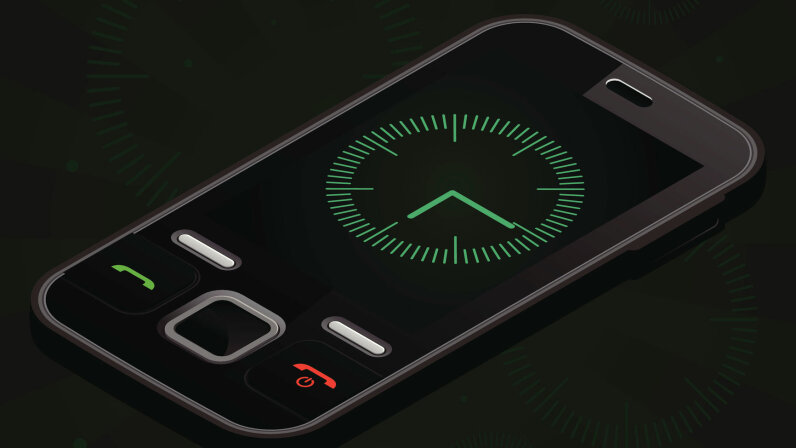 Rather than checking your inbox all day, set specific times to do it. Use an alarm if necessary. ryccio/Getty Images

In today's notification-heavy society, it can seem like a pipe dream to downshift multitasking habits. "The advent of smartphones has absolutely increased our propensity for multitasking. It gives us a device that we carry with us almost at all times that is a black hole of attention," Dr. Gratias notes. "We are pinged and dinged and notified to pieces about incoming messages that pull us away from the task at hand."

Fortunately, there are some pretty simple ways to kick, or at least minimize, the practice. First, turn off all email, social media and other alerts, even your phone's ringer. "A simple practice that my clients find incredibly effective is to use the timer on their phone and set it for 15 minutes, for example. Focus on one thing for that 15-minute time. It's almost like giving yourself permission to close down email and work on one task to the exclusion of all others," says Gratias.

Some experts also recommend batch processing emails. Rather than checking your inbox constantly, all day long, set specific time periods every few hours to read and respond to messages. By doing so, you won't get pulled off in a million different directions that often have little or nothing to do with the tasks that truly need to be completed.

Schedule appointments to handle especially large, daunting tasks. Go to a meeting room if it helps with concentration.

Finally, keep your workspace clean and orderly because clutter is likely to attract attention when the mind starts to wander [source: Jarrow].

I'm as bad as the next person about keeping email and social media windows open while I work. Although I can't mute my cell phone (darn parenting responsibilities), I did use this article as an excuse to shut everything else down. I thought I might feel out of the loop, especially with regard to email, but I found that it was much easier to concentrate ... and all of my messages patiently waited in my inbox until I was ready to address them.