What makes us yawn? 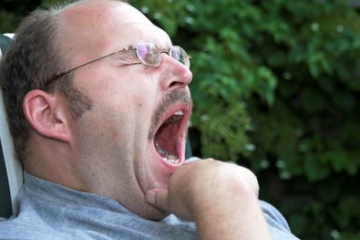 The simple truth is that even though humans have been yawning for possibly as long as they have existed, we have no clue as to why we do it.
Simone Van Den Berg/Dreamstime.com

While fatigue, drowsiness or boredom easily bring on yawns, scientists are discovering there's more to yawning than most people think. Not much is known about why we yawn or if it serves any useful function, and very little research has been done on the subject. However, there are several theories about why we yawn. Here are the four most common:

So now that we have an idea of what causes yawning, let's look at why seeing someone yawn might make us yawn, too.