Is science phasing out sleep?

Browse the article Is science phasing out sleep? 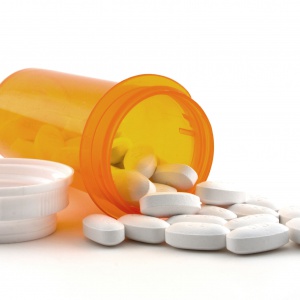 Will a pill help you stay awake?
©iStockphoto/Thinkstock

If one can make broad generalizations about humanity based on a single life's view -- and of course one can't -- there appear to be two kinds of people in the world: Those who damn the world for interfering with their nine hours a night, and those who damn the body for being unsatisfied with four. (And then there are those who claim they function perfectly well on two, but according to sleep experts, they're just wrong.) Those who damn the body are in luck: Science is working hard to phase out the need for natural sleep.

Human beings have always found ways to ward off the effects of sleep deprivation. When you're getting about half of the sleep your body needs on a regular basis (and most of us need seven to eight hours a night), you need to find ways to function -- to wake yourself up, clear your mind, stop your head from falling into your salad during a business lunch. Caffeine and amphetamines (i.e. speed) are two of the most popular methods, but they're far from ideal. Both will keep you awake, but the side effects can be awful. Caffeine can make you jittery and give you diarrhea, and you can end up with a nasty headache when it leaves your system. Amphetamines can effect your behavior (make you "high"), and you crash hard when they wear off, leaving you depressed or irritable. And both caffeine and amphetamines are addictive.

The newest wake-up pill has all of the benefits of caffeine and amphetamines with none of the down sides. It has elicited so few complaints of side effects from users -- they claim it has no side effects at all except for the occasional slight headache -- it's the closest thing to a miracle the pharmaceutical world has seen since Viagra, if Viagra didn't sometimes cause blindness, heart attacks and five-hour erections. It's called modafinil, and it's FDA-approved to treat narcolepsy. But the drug has gained a dedicated off-label following as a "lifestyle drug." Doctors all over the country are reporting record numbers of sudden narcoleptics showing up in their waiting rooms. (As it turns out, you can get diagnosed as a narcoleptic online.)

Modafinil is in a class of drugs called eugeroics. It's a different kind of stimulant. No one knows exactly how modafinil works, but we do that modafinil works on different processes than stimulants like caffeine and amphetamine, and we know how caffeine and amphetamines work. Caffeine's main action is to block the receptors in the brain that bind to the neurotransmitter adenosine. Adenosine slows down cell activity and triggers drowsiness when it binds to those receptors. With adenosine receptors blocked by caffeine, the brain can't slow down, and you stay awake and alert. Caffeine also blocks the re-uptake of dopamine, which is a neurotransmitter that causes happy feelings. It's the dopamine response that can be addictive. Amphetamines target dopamine receptors in a big way. When you take an amphetamine, the brain gets flooded with dopamine that has nowhere to go because its receptors are turned off -- that's its primary action. All of that dopamine makes you feel excited, energetic and just plain good.

It also makes you feel incredibly depressed when the dose wears off and the dopamine finally goes away. Find out how modafinil is different on the next page.

Modafinil doesn't have that problem, and the difference seems to be in its ability to target the brain's sleep response specifically, instead of just flooding the brain with dopamine and adenosine willy-nilly. It does limit dopamine re-uptake to some extent, but it doesn't produce the highs and lows that other stimulants do. The reason could be that it simply produces a lighter dopamine response -- there's less of it flooding the brain. It could also be that modafinil prevents the re-uptake of the neurotransmitter noradrenaline by neurons that specifically trigger sleep, and that this is a stronger effect than the dopamine response. The dopamine could just be a low-grade, ancillary effect.

Aside from the dopamine and noradrenaline, experts believe that modafinil targets the neurotransmitter GABA -- the brain's primary sleep regulator. It seems to slow GABA's release, interfering with the brain's awareness of when it's time to get some sleep. It probably interferes with the behavior of histamine as well, a chemical that causes drowsiness. And according to some scientists, the big modafinil punch comes in its effect on glutamate, the brain's energy chemical. If modafinil does indeed stimulate the action of glutamate, it would not only cause an overall excited neural response, but it would also effectively block GABA sleepiness signals by creating so much noise.

One of the most mysterious things about modafinil, even in view of its multi-pronged, targeted approach to sleep avoidance, is that it appears to trigger no "sleep debt." People who stay awake for a day or two on modafinil report no need to catch up on sleep when the dose wears off. They can just sleep the usual seven or eight hours and get back in the game. People who take amphetamines typically need to sleep for half a day when the high wears off.

Sleep-avoidance is a huge area of study right now, partly because the market is substantial. Cephalon, the company behind modafinil, sold almost $600 million worth of the stuff in 2005 (all to narcoleptics, of course). With that much money at stake, modafinil isn't the only player in the wake-up game. Researchers are developing and testing all sorts of new ways to keep people alert on limited sleep and even eliminate the need for natural sleep altogether. The idea is to bend sleep to the needs of our lifestyle instead of the other way around.

Cephalon is currently in the final stages of getting a newer version of modafinil to market. This pill offers more hours of wakefulness per dose. The pharmaceutical company Cortex is working with DARPA on a drug code-named CX717, which keeps people awake and alert by triggering increased glutamate activity. Other drugs in the works specifically target histamine. But that's only the beginning. Some researchers are trying to find a way to mimic the rejuvenating effects of eight hours of sleep in just three or four hours. The end result would probably be a pill that will put you to sleep for specific amount of time and then wake you up. You'd be able to pop a three-hour sleep pill or a five-hour sleep pill, depending on what your schedule allows, and wake up feeling like you'd gotten eight hours of the best sleep of your life. In other labs, there are sleep-avoidance machines that deliver a small electric current to a targeted area of the brain to keep it awake and functioning without sleep. The end result of this research could be a piece of head-gear that provides a wake-up jolt at the push of a button.

But this is all child's play compared to the search for the sleep gene. Learn more on the next page.

According to sleep experts, about one in 1,000 people actually is a "short sleeper" -- he or she can function at an optimum level on a few hours a night. And this ability seems to be genetically linked. So scientists are trying to find the genes that regulate the need for sleep, specifically looking for a "short-sleeper gene" that they can use as a guide to genetically tweak the rest of us into short sleepers. There's also sleep-gene research that focuses on a genetic mutation found in a particular type of fruit fly. This fruit fly needs about one-third the amount of sleep that every other type of fruit fly needs. The mutation causes interruptions in the transportation of potassium through cell membranes. Scientists note that in humans suffering from Morvan's syndrome, defects in the brain's potassium system leads to an inability to sleep. So it appears that messing with the brain's potassium channels by way of a pharmaceutical or gene therapy could be a very effective way of promoting wakefulness.

Of course, wakefulness has its downsides. Before we can be happily, eternally awake, science will have to address the fact that prolonged sleep deprivation causes sickness, delirium and death.

Sleep is not something human beings can just give up without consequences. Much of the sleep-elimination research is funded by the military, which has good reason to find a way to neutralize the effects of sleep deprivation: battle conditions. Soldiers, especially those in special ops units like the SEALs or the Green Berets, may have to go three or four days with almost no sleep and still function as if their lives depended on it, which they pretty much do. The military has tested modafinil extensively on pilots, basically keeping them awake for about two days on repeated doses modafinil and intermittently sending them up to fly a fighter jet. The results have been pretty good, although the researchers doubt modafinil can ward off drowsiness, disorientation, slowed judgement and poor reflexes once you pass the 48-hour mark. For the time being, people can only stay awake so long without falling apart, even on the current miracle drug.

Most of us don't have jobs that require us to save the world without a good night's rest, but the culture of productivity has too much momentum to stop its march toward a 48-hour day. As workplaces become increasingly international, work weeks regularly pass the 80-hour mark and more and more drive-thrus stay open for the 3 a.m. crowd, we can all look forward to a future that frees us from our biological urge to rest on a 24-hour cycle. Even sleep advocates see the shift as inevitable. In 10 or 20 years, sleep will be dispensable, artificial and controllable. Much in the way hormone-based birth control pills can now make a woman's period last exactly three days, occur on a quarterly basis or disappear altogether until she wants it back, science is separating sleep from the inconvenience of nature.

For more information on sleep, the lack thereof and related topics, see the links on the next page.