Discovery of Zero as a Placeholder; Abhorrence 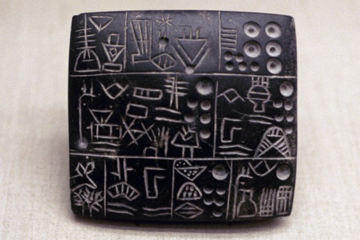 The Mesopotamian city-state of Sumer hosted the first appearance of the concept of zero as placeholder in recording numbers.
Photos.com/Thinkstock

It's probably better to say that zero was discovered rather than invented. This idea is supported by the number of places across time and space that it simply appeared to humanity, only to be misunderstood, reviled or simply unused.

One of the first organized civilizations, the Mesopotamian city-state of Sumer, was probably the first to flirt with the concept of zero as a symbol of nothingness about 5,000 years ago [source: Matson]. On baked clay tablets used for mundane records like tax receipts or grain inventory, a pair of diagonal parallel lines were used to denote a place where there was no number. We take this concept of zero as a placeholder for granted today, but it was a revolutionary concept that allowed for much wider numbers to be represented using fewer characters, which in turn allowed for faster calculating.

Zero as a placeholder makes sense when you look at a string of numbers the way we use them today, as points that follow a specific order. For example, the number 3,024 can also be expressed as three in the thousands column (the first column on the left), none in the hundreds column, two in the tens column and four in the ones column. Without zero as a placeholder for that hundreds column, how would we be able to express the substantial difference between 3,024 head of cattle a farmer had and 324?

Thousands of years after the parallel lines were introduced in Sumer, zero as a placeholder, symbolizing nothingness, became more standardized in nearby Babylon around 300 B.C. with the advent of the abacus, which gives us our conception of numeral places that we use today.

The association of zero with nothingness made some civilizations uncomfortable. Traditionally, nothingness was associated with chaos and void, the very ingredients of Hell in the Christian tradition. In other traditions, nothingness connotes the state of the universe prior to the creation of humanity. As a result, some cultures -- including the Romans, who gave us Roman numerals -- disregarded the concept of zero, either as a placeholder or even a number [source: Seife].

Instead, our concept of zero as a number came from India and the Arab world that gave us the numerals we use today. 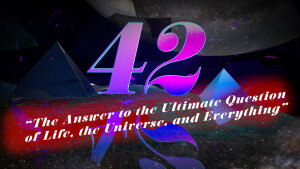