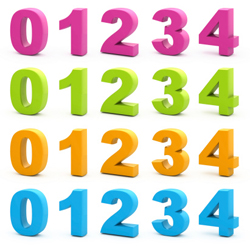 Zero is a whole number (an integer) and while it's neither a negative or a positive number, it is both a non-negative and a non-positive number. Cool.
©iStockphoto/Thinkstock

To get around the imprecision of leaving zero out of calendars, Western astronomers (who use dating frequently in their work), devised a system in the late 17th and early 18th centuries that designated the Gregorian calendar year 1 B.C. as year 0 [source: Stockton]. From there, the years follow the standard for counting with zero, adding a plus sign ahead of A.D. years and a minus sign before those designated B.C. This follows the rightful place of zero in the infinite galaxy of numbers.

As a number, zero has a specific place, precisely between one and negative one. On either side of zero, numbers stretch on infinitely. This makes zero the only number that is neither negative nor positive. It manages to straddle the line; it's counted as an integer (a whole number), a non-negative number and a non-positive number, yet it's also not included in positive or negative numbers [source: Wolfram].

Interestingly, while zero is a whole number, its existence also allows us to break numbers up into ratios, or fractions that can be expressed using the decimal system. Prior to the decimal system, which allows fraction of a whole number to be expressed with a zero followed by a decimal point and then the fraction of the number, ratios could be difficult, especially extensive ones. The decimal system converts fractions of whole numbers into arrangements similar to large whole numbers, with numerical places representing not tens hundreds or thousands, but tenths, hundredths and thousandths. In much the same way that whole numbers pivot between negative and positive on zero, decimals extend out infinitely from zero, since a whole number is expressed as 1.0, and a decimal of that is 1.947; everything to the right of the decimal is less than 1 and is, in a sense, encapsulated within the zero.

The advent of the decimal system made possible by zero allowed for the great precision required to carry out math and science. For example, a universe without zero makes Pi, which describes the circumference of circles, impossible. This supports the notion that zero wasn't "invented" by humans; it was discovered.