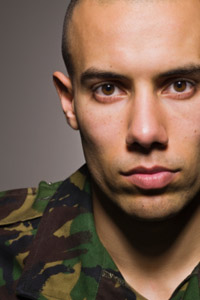 Army intelligence analysts must complete 83 total days of specialized instruction at the United States Army Intelligence Center and School at Fort Huachuca in Arizona (in addition to nine weeks of basic training). The specific skills covered in the curriculum include using automated intelligence systems and software, analytical writing, assessing the effects of weather and terrain on operations, analyzing threats, developing courses of action and creating reconnaissance and surveillance plans [source: Linton]. Entry-level intelligence analysts should have a talent for gathering and organizing information, an interest in reading and interpreting charts and maps, and strong written and verbal communications skills [source: GoArmy.com]. More experienced analysts should also possess extensive knowledge of the culture, geography, and history of the region in which they are operating. They should also be competent speaking the language of the region in which they're working [source: Lewis].

In terms of personality, successful intelligence analysts are self-motivated people with a natural curiosity. They have a natural ability to solve complex problems, an aptitude for learning new computer software programs and an ability to think critically without bias.

For lots more information, visit the next page.