T­he U.S. Army Rangers are an oddity of the U.S. military special operations forces. Though they can trace their lineage as far back as colonial times, they didn't become a permanent presence in the military until the 1970s. Called to duty, their original purpose was to complete a mission and then disband.

The Rangers are known for their skill at remaining undetected in a war. If you're in a combat situation and you see a Ranger, most likely he's already spotted you. There's no telling how long he's been observing you, and what's more, by the time you detect a Ranger, you're probably too late.

It wasn't until the outset of the United States involvement in World War II that the Rangers were officially activated for the first time in the 20th century. American commanders decided that the United States needed a specialized fighting force based on the successful special operations force, the British Commandos. Tasked with the creation of such a force, Major William Darby took the idea and made it a reality in just a little more than three weeks. Darby formed the First Ranger Battalion at Sunnyland Camp in Carrickfergus, Ireland, choosing 600 candidates from a pool of thousands of volunteers [source: SpecialOperations.com].

The British commando forces were also involved in the formation of Rangers. They created a specialized training regimen so intense that one-sixth of the men washed out -- they couldn't complete the training -- and one died and five more were injured.

These first Army Rangers served, at first, alongside the British commandos that trained them. Then, on their own, they conducted small-scale invasions in Algeria, Tunisia, Sicily, Italy, and France, breaking through enemy lines and opening the way for larger forces to enter behind them.

But during these raids, many Rangers were lost, and out of necessity, the Rangers adopted a new tradition of replenishing their ranks by absorbing other companies and groups of soldiers who had shown skill and fortitude in other operations. These select remnant groups have come out on top against formidable odds, battle-experienced, and Ranger-ready -- like the 5307th special composition force formed to regain control of the Burma Road from the Japanese during World War II. This regiment marched 1,100 miles from its training camp in India through the Burmese jungle, emerging victorious after dozens of firefights with Japanese soldiers [source: SpecialOperations.com].

And in the Vietnam War, long-range patrols -- small platoons capable of remaining undetected behind enemy lines for long periods of time -- conducted raids and reconnaissance. These patrols were then absorbed by the Ranger regiments fighting there. Because of the wartime status and the need for new recruits, the Ranger candidates trained in the form of actual missions -- the "in-country Ranger school" [source: SpecialOperations.com]. Only after proving that their value and skill sets were in line with the Rangers' were the recruits formally indoctrinated.

So what are the skills and qualities required of an U.S. Army Ranger? In this article, we'll look at Rangers -- where they came from and what they do. In the next section, we'll look at the history of the Army Rangers. 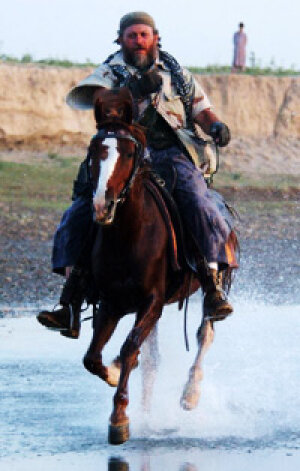