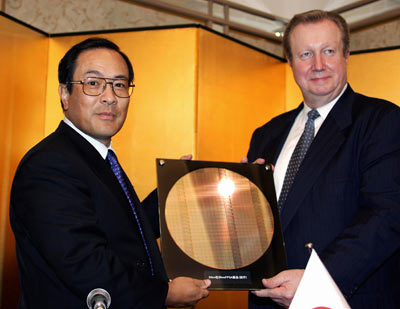 In 1965, engineer Gordon Moore predicted that the number of transistors on an integrated circuit -- a precursor to the microprocessor -- would double approximately every two years. Today, we call this prediction Moore's Law, though it's not really a scientific law at all. Moore's Law is more of a self-fulfilling prophecy about the computer industry. Microprocessor manufacturers strive to meet the prediction, because if they don't, their competitors will [source: Intel].

To fit more transistors on a chip, engineers have to design smaller transistors. The first chip had about 2,200 transistors on it. Today, hundreds of millions of transistors can fit on a single microprocessor chip. Even so, companies are determined to create increasingly tiny transistors, cramming more into smaller chips. There are already computer chips that have nanoscale transistors (the nanoscale is between 1 and 100 nanometers -- a nanometer is one billionth of a meter). Future transistors will have to be even smaller.

Enter the nanowire, a structure that has an amazing length-to-width ratio. Nanowires can be incredibly thin -- it's possible to create a nanowire with the diameter of just one nanometer, though engineers and scientists tend to work with nanowires that are between 30 and 60 nanometers wide. Scientists hope that we will soon be able to use nanowires to create the smallest transistors yet, though there are some pretty tough obstacles in the way.

In this article, we'll look at the properties of nanowires. We'll learn how engineers build nanowires and the progress they've made toward creating electronic chips using nanowire transistors. In the last section, we'll look at some of the potential applications for nanowires, including some medical uses.

In the next section, we'll examine the properties of nanowires.

How Thin is Thin?

Human hair is usually between 60 and 120 micrometers wide. Let's assume you have found an exceptionally fine hair with a width of 60 micrometers. A micrometer is 1,000 nanometers, so you would have to cut that hair at least 60,000 times lengthwise to make a strand one nanometer thick.