What if I were struck by lightning?

Browse the article What if I were struck by lightning? 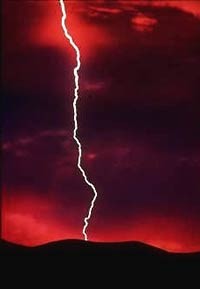 Initially this seems like a fairly straightforward question. As it turns out, there are several ways a person can be struck by lightning, and the type of strike dictates the impact it can have on your body.

The worst kind of lightning experience is a direct strike - statistically, it's the most fatal. Being hit by a side flash or through contact potential are the next in the level of severity, with step voltage third and surge voltage last. Basically, the amount of current and voltage going through your body lessens with each of these types of strikes. If you're a victim of a direct strike, the full impact of the lightning courses through your body. In the other scenarios, the intensity is lessened because some of the energy is dispersed elsewhere.

The circulatory, respiratory, and nervous systems are most commonly affected when a person is struck by lightning:

How do I avoid getting struck? 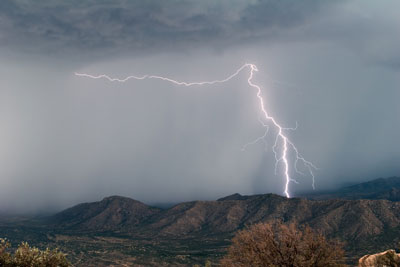 More than 1,000 people get struck by lightning every year in the U.S., and more than 100 of them die as a result of the strike. Lightning is not something to toy with. There are several precautions you can take to guarantee your safety in a storm.