Is there any place on Earth that's safe from natural disasters? 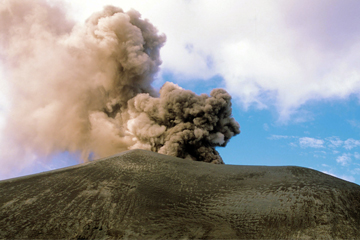 Every so often, a real estate group or the like will come out with a list of the safest places in the United States. And the results are never across-the-board. For instance, in 2005 one data collection agency named Honolulu the safest place to live [source: Clemence]. The thinking was that although tsunamis and hurricanes were known to happen, they didn't happen often enough -- or cause the damage or fatalities -- that would mark an area as disaster-prone. But another assessment might include the risk of Hawaii's volcanoes, or the fact that an island community "seems" at more risk for weather-related trouble [source: Koerner].

The point is that there's not going to be any place on Earth that we all agree is the safest. (And if you don't believe me, just check the defensive and blustery commentators who post on boards that ask the same question.) But what we can do is look at some of the data collected by respected organizations -- not just risk management services or those trying to sell real estate -- and see which places are consistently ranked the safest.

So let's look at the 2014 World Risk Report, sponsored by the United Nations University Institute for Environment and Human Security. The report makes the point that a natural disaster's extremity may be impacted by just how fragile the society is; a mild or mid-sized hurricane in a densely populated city in a developing nation could have a catastrophic effect compared to a high-intensity hurricane in a rural area [source: Mucke]. But while that's all fine and interesting, let's get to it: What did they say was the place safest from natural disaster risk?

Qatar was the winner, putting the risk of being a victim of a natural disaster in the nation at 0.08 percent. Compare that to the South Pacific island of Vanuatu, where a resident faces a 36.5 percent chance of being a part of an extreme natural event [source: Mucke et al.].

So while there's no foolproof nook you can cram yourself into, the short answer is that Saudi Arabia, Malta and Qatar do well, statistically speaking, at keeping you safe from harm -- including that plague of locusts.

How can rocks predict earthquakes?
Infrasound Can Detect Tornadoes an Hour Before They Form
Meteotsunamis: How Winds Can Generate Catastrophic Waves