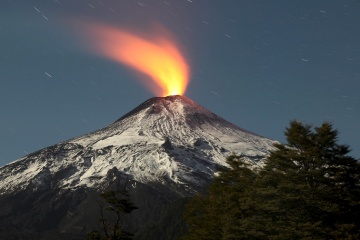 Most land volcanoes have the same basic structure, but volcano shape and size varies considerably. There are several elements that these different volcano types have in common are: