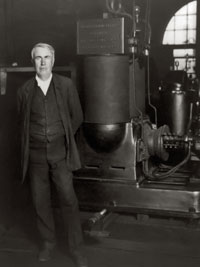 Thomas A. Edison stands next to his original electric dynamo.
U.S. Library of Congress/Science Faction/Getty Images

George Westinghouse, whose own electric company was struggling to work out the details of a successful AC power system, heard about Tesla's 1888 lecture and immediately was intrigued. When Peck and Brown approached Westinghouse about commercializing Tesla's inventions, the entrepreneur responsible for the railroad air brake made a generous offer. He agreed to pay $25,000 in cash, as well as $50,000 in notes and a small royalty for each horsepower of electricity originating from the motor.

Westinghouse carried Tesla's inventions back to Pittsburgh, Penn., where he hoped to use the technology to power the city's streetcars. Tesla followed, and as an employee of the Westinghouse Electric Company, consulted on the implementation. The project didn't proceed smoothly, and Tesla frequently battled with Westinghouse engineers. Eventually, however, everyone pulled together to come up with just the right formula: an AC system based on three-phase, 60-cycle current. Today, almost all power companies in the United States and Canada supply 60-cycle current, which means the AC completes 60 changes of direction in one second. This is known as the frequency of the system.

By the early 1890s, Edison and the supporters of DC felt genuinely threatened. They continued to make claims that AC was dangerous and pointed to a disastrous electrocution attempt in 1890 as evidence. But they suffered a severe blow in 1893, when Westinghouse won the bid to illuminate the Chicago World's Fair. His competition was General Electric (GE), the company formed by the merger between Edison General Electric and Thomson-Houston. GE was the leading torchbearer for DC-based power. Westinghouse won the bid on cost, but when President Grover Cleveland flipped a switch to light 100,000 incandescent lamps across the fairgrounds, very few doubted the superiority of AC power.

Westinghouse mollified many remaining doubters in 1895 by designing a hydroelectric plant at Niagara Falls that incorporated all of the advances made in AC. At first, the plant only supplied power to Buffalo, New York. But it wasn't long before power was being transmitted to New York City, helping to cement Broadway as the Great White Way in the public imagination.

By this time, Tesla had withdrawn from the day-to-day details of power plants and practical implementations of AC. He had moved back to New York City, where he opened a new lab in which he could explore other ideas, machines and devices. Many of these inventions were not related to power generation or electricity. But his impact on the field of electrical engineering was enormous. In fact, it can be said that Tesla's AC motor and polyphase AC system won the war of currents because they form the basis of all modern power generation and distribution. However, direct current -- Edison's baby -- didn't disappear completely. It still operates automobile electrical systems, locomotives and some types of motors.

For more information on electricity and other illuminating ideas, visit the links on the next page. 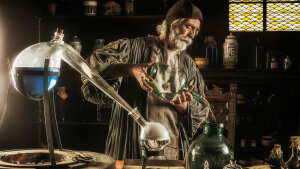 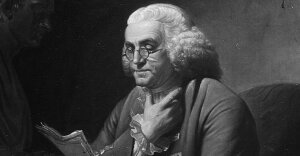 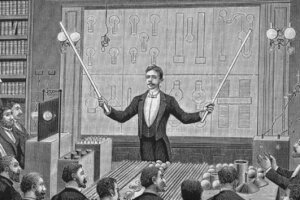