by Patrick J. Kiger Jul 23, 2019
Exoplanets — those that exist outside the solar system — can throw off their moons, which then begin to orbit on their own, in effect becoming small planets, hence the name "ploonets." NASA/JPL-CALTECH

What do you call a planet's moon that's gone rogue, slipped its usual orbit and stopped circling that planet, taking up a new solitary orbit around one of its own stars instead?

Well, give yourself a break if you don't know the answer to that question, because it's a strictly hypothetical proposition at this point, and it's only very recently that scientists have come up with a cutesy little name for these rogue moons.

In a paper published June 28, 2019, in Monthly Notices of the Royal Astronomical Society, an international team of astronomers proposes for the first time that some of the moons of giant planets outside the solar system might be pushed out of their orbits and begin to circle their stars separately, in effect becoming small planets.

So, of course, the researchers decided to smash together moons and planets and call these new beings — yep, you've got it now — ploonets.

In their paper, the researchers describe how they created simulations to figure out what might happen to the moons of so-called hot Jupiters, which, astronomers previously have theorized, are gas giants that migrate from distant orbits to become closer to stars. As one of these gas giants approaches a star, the gravitational forces of the two would make a moon's orbit more energetic, so that it is forced farther and farther away from its planet. Eventually, it would be so far away that it would be out on its own path.

While some expelled moons eventually would collide with the star — or with their former planet — and be destroyed, a subset of them, fewer than 50 percent, would survive and begin to orbit the star on their own, and even absorb other material floating in space, and begin behaving like planets.

"This process should happen in every planetary system composed of a giant planet in a very close-in orbit," Sucerquia told Science News. "So ploonets should be very frequent."

So far, the ploonets remain hypothetical, since astronomers haven't yet observed one. But as this Astronomy.com article notes, once astronomers figure out the light signature of a ploonet, they can search through data accumulated by space telescopes and possibly locate some of them.

Now That's Interesting
A ploonet whose atmosphere evaporates due to its proximity to a star might develop a fiery tail, similar to that of a comet, according to the paper.

Does Oxytocin Make Us Fall in Love?

Art From the Heart: Portraits of Honor and Love 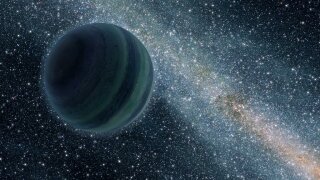 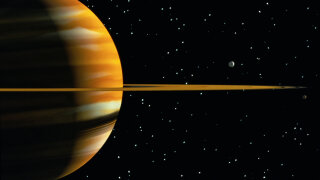 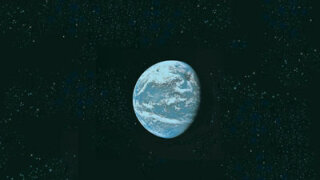