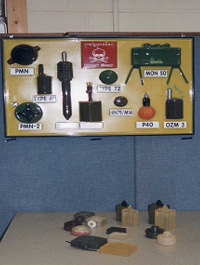 ­The PIF tends to be a reactive rather than pr­oactive facility. That means that the PIF responds to requests from other Army departments and projects (the PIF's customers). The PIF has a very structured prototype development process. Here are the stages:

This process has more in common with commercial business operations than traditional Army operations. Reportedly, some Army departments and projects have had trouble adjusting to the way the PIF does business [source: Chronister]. But it's hard to argue with results -- the PIF can often produce a prototype much more quickly and for less cost than older procedures.

Next, we'll look at some of the prototypes that have come out of the PIF.