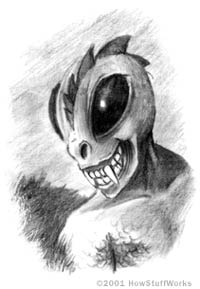 The Chupacabra is a vampire-like creature that has been gaining notoriety.

Legends of bloodsucking creatures have been present in many cultures throughout history. One vampire-like creature that has been gaining a considerable amount of notoriety is the Chupacabra.

The literal translation for the Spanish word "chupacabra" is "goat sucker." This creature has been a constant conundrum to cryptozoologists (scientists who study animals that may or may not be real) in North and South America for more than 50 years. With sightings in various regions of Puerto Rico, Brazil, Chile, Mexico and the United States, this is one well-traveled beast. An anomaly since the early 1950s, the Chupacabra was at its height of notoriety in the 1990s -- even surpassing such longtime favorites as Nessy (the Loch Ness monster) and Bigfoot.

In this article, we'll look at the legend of El Chupacabra and some reports of sightings and incidents.

­ Alleged reports of attacks and incidents perpetrated by the Chupacabra always involve slain livestock with telltale marks on their necks.

Originally, owners of the victims thought the Chupacabra to be a half-human, half-vampire beast. The victims, most often goats and chickens, are reportedly drained of all their blood, but are otherwise left intact. There is usually no other evidence of a struggle or attack -- simply two or sometimes three puncture marks (almost large enough to accommodate a human finger) in the animal's neck. The discrepancy of puncture marks could be attributed to this:

Stories suggesting Chupacabra activity can be found in newspapers dating back to the 1950s. In fact, the first reported case in North America was in Arizona sometime around 1956. Although incidents have been reported in Arizona, Oregon, Michigan, Illinois, New Jersey, New Mexico, Florida, and parts of Chile, Brazil and Mexico, the majority of activity has occurred in Puerto Rico. A rash of attacks plagued various regions of Puerto Rico in 1995. In Canovanas alone, several hundred livestock fatalities were attributed to the Chupacabra. 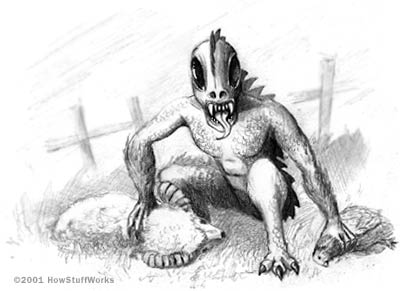 Reported incidents of these sorts of creatures vary somewhat, but there are several basic characteristics that pop up over and over again. In most cases, the eyewitnesses describe a beast that is 4.5 to 5.5 feet (137 to 168 cm) tall, with an oval-shaped head bearing alien-like eyes that glow red. Most descriptions claim that the creature has long, feathery spines that run from the back of its head down the spine, ending at the rump.

Many eyewitnesses report a strong, unpleasant sulfur-type odor, but others say that the creature has no smell. Some say the skin is similar to a frog's -- green in color with mottled specks; others claim that it has the appearance of furry lizard skin.

Although the creature generally ambles on two legs, it has been known to run on all four. Many assert kangaroo-like qualities, saying that the Chupacabra uses its strong hind legs to jump rather than walk. Others suggest a more ape-like quality to the creature's gait.

The origins of the Chupacabra are a subject of debate, as well. Some people believe that this creature is the left-behind pet of visitors from outer space -- hence their uncanny resemblance to space aliens known as "grays." Both reportedly have large, oval heads with enormous eyes. The alien theory doesn't end there, however. Others speculate an alien/animal crossbreed created by scientists at NASA, suggesting that the creatures are escaped experiments gone awry. One veterinarian in South America believes that the Chupacabra is a genetically modified vampire bat. Other medical and official personnel suspect that these incidents are caused by packs of wild dogs.

Whatever the case, it's interesting to witness people's reactions to phenomena like this. People are particularly interested in the Chupacabra for the same reason they are fascinated by humanoid extraterrestrials. We are drawn to the idea of human-like creatures, with human-like intelligence, because it means that we are not alone in the universe.

Whether the Chupacabra is a real animal or only a product of hoaxes and imagination, its effect on human beings is the same. If somebody does finally prove the existence of Chupacabras, the legend surrounding them will die out, replaced by scientific analysis. But if the creatures remain a mystery, there will always be believers.

How to Upgrade Your Shower, James Bond Style
Do Fire-breathing Dragons Torch Their Teeth?
Can a penny dropped off a building kill you? 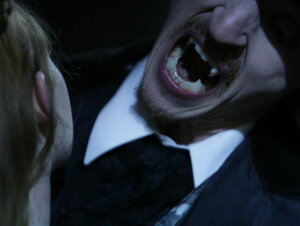 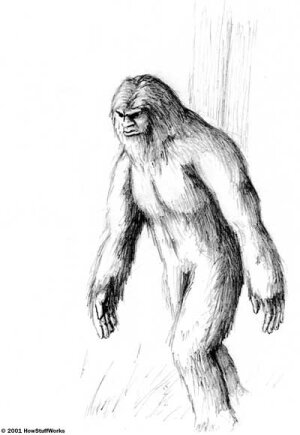