The popular image of a vampire: a cloaked monster that hunts for victims at night.

People have been dreaming up horrible monsters and malicious spirits for centuries. The vampire, a seductive, "undead" predator, is one of the most inventive and alluring creatures of the bunch. It's also one of the most enduring: Vampire-like creatures date back thousands of years, and pop up in dozens of different cultures.

In this article, we'll see where the various elements of the vampire legend come from, and we'll examine some grounded scientific explanations for apparent vampirism. We'll also look at the psychological significance of these creatures and find out about some real-life counterparts to the supernatural vampire.

The vampires in contemporary books, movies and television shows are incredibly elaborate creatures. According to the predominant mythology, every vampire was once a human, who, after being bitten by a vampire, died and rose from the grave as a monster. Vampires crave the blood of the living, whom they hunt during the night. They use their protruding fangs to puncture their victims' necks.

Since they're reanimated corpses -- the living remains of a deceased person -- vampires are often referred to as "the undead." They can still pass as healthy humans, however, and will walk undetected among the living. In fact, vampires may be attractive, highly sexual beings, seducing their prey before feeding. A vampire may also take the form of an animal, usually a bat or wolf, in order to sneak up on a victim.

Vampires are potentially immortal, but they do have a few weaknesses. They can be destroyed by a stake through the heart, fire, beheading and direct sunlight, and they are wary of crucifixes, holy water and garlic. Vampires don't cast a reflection, and they have superhuman strength.

This vampire figure, with its particular combination of characteristics and governing rules, is actually a fairly recent invention. Bram Stoker conceived it in his 1897 novel Dracula. Other authors reinterpreted Dracula in a number of plays, movies and books.

But while the specifics are new, most of the individual elements of the legend have deep roots, spanning many regions and cultures. In the next few sections, we'll look at some of the more notable vampire ancestors. 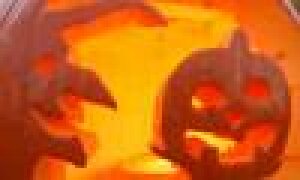 HowStuffWorks Forum: What does our fascination with vampires reveal about modern culture?