Helium Shortage! What If We Ran Out of Helium? 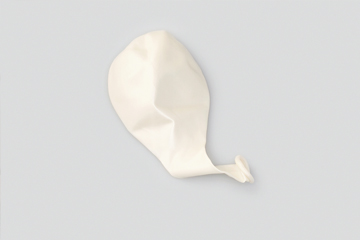 Helium isn't just the stuff they put in balloons that makes your voice sound funny when you inhale it. This gas is also used in a wide variety of settings, from medical research technology and nuclear reactors to the blimps that fly over football stadiums on Sunday afternoons in the fall. Although it's one of the most common elements in the universe, helium is relatively scarce here on planet Earth. That's created a debate about whether it should be wasted on party balloons and ratcheted up fears about what will happen if we run out.

Helium is so rare on Earth that a French researcher first discovered its existence by studying the sun. The naturally occurring gas makes up only about 0.0005 percent of the planet's atmosphere. It's found largely in natural gas deposits, including those in Texas, Oklahoma and Kansas, as well as in Russia and India. U.S. deposits account for more than 80 percent of the planet's helium supply [sources: Jefferson Lab, Los Alamos National Laboratory, Boyle].

What makes the stuff so special? For one thing, it stays cold. Helium has the lowest boiling point of any element and is the only one that can't be solidified by lowering the temperature. This makes is a great cooling source, one that's often used in cryogenic research. It comes in handy in reducing temperatures for superconducting magnets like those used in MRI medical testing devices. Helium also regularly finds its way into other technology, such as LCD screens and other fiber optics, quantum computers and rocket fuel tanks [sources: Los Alamos National Laboratory, Boyle, Strusiewicz].

The trouble is that helium is a finite element. The world only has so much of the gas, and our planet's supply appears to be running low. That's largely a result of U.S. policy decisions, according to observers. In 1925, the feds established a national helium reserve in Amarillo, Texas. The idea was to stockpile helium for use in blimps as part of the war effort. Seven decades later, the government decided to get out of the helium business. Then-President Bill Clinton signed a law requiring the government to sell off its helium supply by 2015 [sources: Boyle, Feinberg].

The move was intended to allow the private market to sort out helium's value as well as when and where it should be used. Instead, it led to a fire sale of sorts in which the gas remained incredibly cheap, given how rare it is. A new law granting more time to get rid of the stuff was passed shortly before the deadline, but critics say Uncle Sam should sell off its entire cache and leave the helium business to the professionals [sources: Boyle, Feinberg].

In the meantime, it's believed that the planet's total helium supply is running dry. If our supply ran out, it could spell the end of MRI testing, LCD screens and birthday-party balloons. Or it could make all of those things much more expensive. Although argon — another inert gas — can be substituted for helium for welding purposes, no other element can do what helium can do in supercold applications. That means we'd probably have to go looking for helium in the atmosphere. Experts say that would raise the price of helium by about 10,000 times [sources: Minerals Education Coalition, Boyle, Strusiewicz].