What if we ran out of minerals? 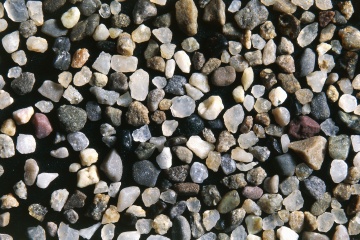 Minerals are in many of the products and technologies we use daily, like cell phones and computers. What would we do without them?
DeAgostini/Getty Images

Minerals make up most of what we use to build, manufacture and stand on — including rocks and soil — so if we really ran out of minerals, we'd all be scrambling for a spot on the planet's shrunken surface areas.

But if you were worried about running out of a single mineral important for industry, then you probably can breathe easy. Most of the minerals we use a lot are very abundant. Iron, for example, makes up about 32 percent of Earth's crust, so you'd have to worry about finding a place to stand long before worrying about whether we can keep making steel [source: Sharp].

But if we were to run out of a mineral — as in, exhaust our supply — it probably wouldn't be because there's none of it left on Earth. The problem would be that the processes used to extract it have become too expensive, difficult or harmful to make mining worthwhile. Even then, as mining technology advances, previously inaccessible minerals will become available and lower-producing ores will be processed more efficiently.

But still, what are we working with here? What are minerals? How big is our planet's supply?

Minerals are substances formed naturally underground — think coal, quartz, salt. Like everything else, they're made of elements, basic substances that can't be broken down into simpler substances. Some minerals are single elements, like gold. When we're assessing amounts of minerals in the world, it's more complicated than there being a finite amount of resources that we're using up over time. World mineral reserves are constantly revised based on estimated consumption and current production abilities. For example, in 1950, the estimated copper reserves totaled 100 million metric tons. Over the next 50 years, world copper producers extracted 339 million tons — by 1950 standards we should have run out of copper three times over. For most minerals, supplies have actually increased during the 20th century even though we're using them up faster than ever [source: Blackman]

So it's unlikely that Earth will ever run out of minerals. But will people ever experience mineral shortages? Absolutely.

In a sense we're always facing mineral shortages. Shortfalls and reduced production stimulate new mines, new technological innovations and lower standards for what counts as high-quality ore. We're also using a wider array of minerals. More than 60 different elements can be used to build a single computer chip [source: Graedel]. A lot of these are minerals that never had industrial applications until 20 or 30 years ago, and they're produced in such small quantities that they're much more susceptible to supply risks.

And we have sort of run out of a mineral before. Cryolite, which used to be part of the aluminum production process, is no longer available. Greenland had the last cryolite deposits rich enough to make extraction worthwhile, but the mine closed in the 1980s when new processing techniques let us make aluminum without it. However, even though you can't get cryolite on the market, small veins still exist in spots throughout the world. Opening an expensive mine to extract a mineral nobody needs just doesn't make sense — it would be like building a factory that only manufactures LaserDisc players and telegraph parts.

We won't be able to rely on technology to replace just any old mineral, though. A 2013 Yale University study found no potential substitutes for the major uses of a dozen or so metals vital for manufacturing. Some are abundant enough that we don't have to worry about running out anytime soon. For example, 90 percent of manganese is used in making steel. It's irreplaceable, and depleting it would hamstring world steel production — but manganese is also the 12th most common element on Earth, and world ore reserves are estimated at 380 million tons [source: Corathers]. Lead is another irreplaceable mineral, used in goods as varied as car batteries and organ pipes. But with 90 million tons in reserves worldwide, we're nowhere close to using it up [source: Statista].

Other minerals that are more challenging to extract and face greater demand may cause bigger headaches for manufacturers. Take rare earth elements like terbium, dysprosium and neodymium. Don't let the label fool you: They're not hard to find. But as with cryolite, there aren't many deposits rich enough to extract profitably. Meanwhile, demand rises as they're used in more of the products that have become indispensable in many of our daily lives (iPhones, computer chips) as well as in powerful magnets for a lot of new environmentally friendly technology (wind turbines, electric cars).

This poses a problem, of course. Extracting the rare earth elements used in "green" tech is flagrantly dirty. Radioactive minerals such as uranium and thorium are concentrated in the waste rock and sludge produced during mining. Then processing the rare earth minerals causes more severe damage to the land [source: EPA]. Since the 1980s, most of the world has been content to let China take care of 95 percent of rare earth mining. China's regulations are lax enough that it can produce rare earth elements cheaply without having to deal with much outcry about environmental impact [source: Plumer].

Citing increased domestic consumption, China once, in 2010, decided to cut exports of rare earth minerals by 40 percent, drastically driving up prices. But the market adjusted to counter the move. Companies in Japan began trying to reduce their dependence on rare earth imports by finding alternative manufacturing methods. Panasonic and Honda found a way to recycle neodymium from discarded electronic equipment and car batteries [source: Plumer].

There's no shortage of minerals on Earth. Supplies available for human use depend on our desire for materials compared with our willingness to accept the environmental consequences of extracting them. In the U.S., there are signs the pendulum is swinging back toward production. Since the Chinese imposed their export restrictions, for example, Mountain Pass — a mine in California that was one of the leading rare earth producers before China flooded the market but closed in 2002 — has reopened. Cleanup there was ongoing from a 1998 tank leak that spilled hundreds of thousands of gallons of water contaminated with radioactive waste into nearby Ivanpah Lake [source: Margonelli]. The mine reopened in 2012.

What is the Plain of Jars?
13 Not 12 Constellations in the Zodiac, NASA Points Out
Scientists Prove Schrodinger's Cat Can Be in Two Places at Once