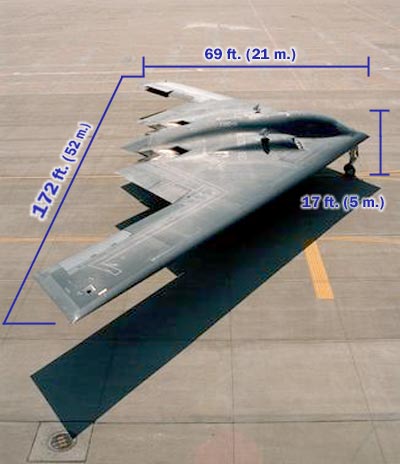 The B-2 bomber has a completely different design: It's one big wing, like a boomerang.

This flying wing design is much more efficient than a conventional plane. Instead of separate wings supporting all the weight of the fuselage, the entire craft works to generate lift. Eliminating the tail and fuselage also reduces drag -- the total force of air resistance acting on the plane.