Browse the article What if an astronaut went on a space walk without wearing a space suit? 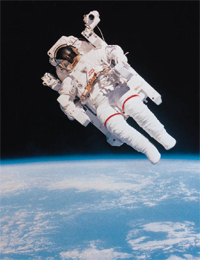 The current space suit that's used for spacewalking from the shuttle and International Space Station is called the Extravehicular Mobility Unit or EMU. Because an Earth-like environment is created within the suit itself, a space suit allows you to walk around in space in relative safety. Space suits provide: 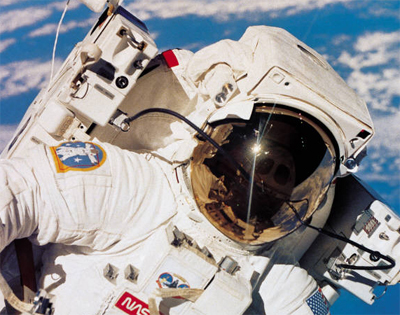