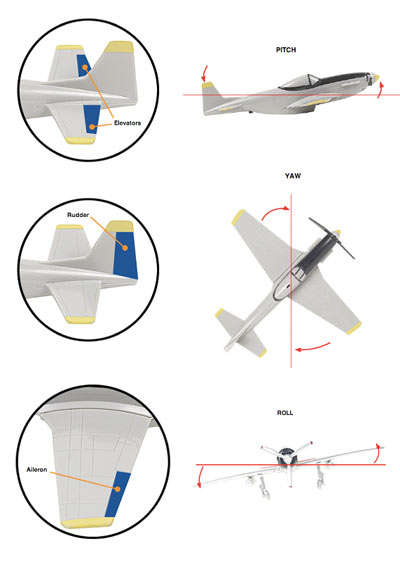 Automatic pilots, or autopilots, are devices for controlling spacecraft, aircraft, watercraft, missiles and vehicles without constant human intervention. Most people associate autopilots with aircraft, so that's what we'll emphasize in this article. The same principles, however, apply to autopilots that control any kind of vessel.

In the world of aircraft, the autopilot is more accurately described as the automatic flight control system (AFCS). An AFCS is part of an aircraft's avionics -- the electronic systems, equipment and devices used to control key systems of the plane and its flight. In addition to flight control systems, avionics include electronics for communications, navigation, collision avoidance and weather. The original use of an AFCS was to provide pilot relief during tedious stages of flight, such as high-altitude cruising. Advanced autopilots can do much more, carrying out even highly precise maneuvers, such as landing an aircraft in conditions of zero visibility.

Although there is great diversity in autopilot systems, most can be classified according to the number of parts, or surfaces, they control. To understand this discussion, it helps to be familiar with the three basic control surfaces that affect an airplane's attitude. The first are the elevators, which are devices on the tail of a plane that control pitch (the swaying of an aircraft around a horizontal axis perpendicular to the direction of motion). The rudder is also located on the tail of a plane. When the rudder is tilted to starboard (right), the aircraft yaws -- twists on a vertical axis -- in that direction. When the rudder is tilted to port (left), the craft yaws in the opposite direction. Finally, ailerons on the rear edge of each wing roll the plane from side to side.

What are the basic parts of an autopilot that enable it to exert control over these surfaces? We'll explore the answer to that question in the next section.