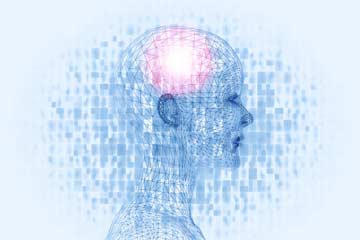 What if scientists could remotely make tiny changes to your brain circuitry? Ultrasonic technology may make this a reality.
Chard Baker/Photodisc/Getty Images

"It's all in your head." You've heard that before, haven't you? Maybe someone was scoffing at a ghost story or downplaying the symptoms of depression, paranoia or madness. The message is simple: Your obsession, whatever it may be, has no basis outside your thoughts.

Yet with sufficient scientific understanding, it becomes obvious that everything is "all in your head." We don't mean that the world is one great big illusion, but rather that each individual's pool of consciousness and memory exists solely within the electrochemical processes of the brain. Self is a chemical cocktail imbued with a neurological spark, and consciousness is a peculiar parlor trick stirred up by evolution.

That person you think you are? Well, it's the product of a constantly changing equation made up of 95 to 100 billion neurons, along with synapses, neurotransmitters, genetic coding and a string of memories tailing back to the murky depths of childhood [source: Williams]. Alter any factor in this equation just a little, and you change the final sum. In fact, you do a little self tinkering every time you so much as make a simple observation or drink a cup of coffee. Each successive you is at least a slight variant on the previous incarnation. The mind is also subject to the severe alterations of emotional trauma, brain injury and disease, all capable of drastically changing the outcome of the neurological equation.

Our tools for addressing brain conditions have ranged from the sublime to the barbaric. We've treated mental illness on the therapist's couch, as well as with scalpels and electric shock. Fortunately, scientific breakthroughs continue to refine our methods.

For instance, there's neurostimulation, or electrically stimulating nerves to relieve pain or suppress tremors. Doctors accomplish these feats with the aid of tiny neurostimulators implanted near the spinal cord or a major nerve. Deep brain stimulation and vagus nerve stimulation take this concept even further and may effectively manage various psychiatric disorders and neurological diseases. The only catch is they too require painstaking surgery to position implants in the appropriate locations -- in the neck for vagus nerve stimulation and inside the brain for deep brain stimulation.

Seeing Inside the Human Mind with Ultrasound 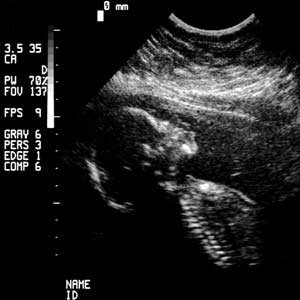 If you've ever experienced an ultrasound or studied the fetal images the technique can produce, then you may have witnessed the future of neurostimulation.

Ultrasound operates like submarine sonar systems or bats, both of which emit sound waves to sense their surroundings. The waves travel until they make contact with an object, then bounce back to the source. A bat or a computer can then determine the shape and distance of the object based on this returning sound wave.

Ultrasound imaging systems transmit high-frequency sound pulses through the human body. Every time they hit a boundary between tissues, some bounce back while others keep going. The machine then calculates the distances and frequencies involved and creates a two-dimensional image of what's going on inside the body cavity -- such as the movements of a fetus in utero.

Scientists have studied the effects of ultrasound on biological tissues since the 1920s. As early as the 1950s, researchers realized that at sufficiently high frequencies (much higher than those used in prenatal care), ultrasound also had the potential to destroy specific cells, especially tumors in the brain.

High-frequency ultrasound (HIFU) promised all of this without harming surrounding tissue or drilling a hole through a patient's skull. For decades, however, researchers lacked sufficient imaging technology to really see what was specifically happening in the brain.

Modern researchers, however, have advanced magnetic resonance imaging (MRI) to glimpse the real-time interworking of the human body. Furthermore, brain-mapping technology continues to illuminate what's going on in the human mind. To return to the equation analogy, this means knowing exactly what parts of the neural equation affect which aspects of our abilities, memory and personality. 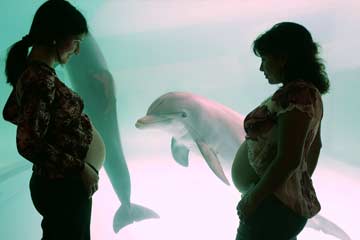 Explore the links on the next page to learn even more about ultrasound and the human brain.