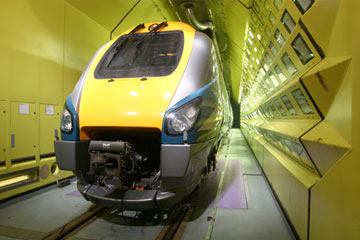 The Vienna Climactic Tunnel lets engineers expose test subjects to extreme temperatures. It's one of the only tunnels in the world that can accommodate full-size rail cars.
Courtesy of RTA

Humankind has always envied birds. We might pass on the worm-eating part, but their mastery of flight helped spark our yearnings to soar into the heavens. To varying degrees, people have realized the dream of flight. But 727s, missiles, space shuttles, ultra-fast race cars, speedboats, racing bicycles and even types of computer chips might've never been realized had it not been for one related technological development -- the wind tunnel.

Wind tunnels are used by engineers to test the aerodynamics of many objects, from jet wings to car windshields. Aerodynamics as a science studies the flow of air or gases around an object in motion. With a better understanding of the way air moves around (or through) objects, manufacturers can devise and create faster, safer, more reliable and more efficient products of all kinds.

From swaying, unstable breezes to hurricane-force blasts, Mother Earth's wind is a notoriously fickle condition, and thus, pretty much worthless for aerodynamics testing. Wind tunnels, on the other hand, provide a controlled environment for this kind of testing.

Wind tunnels are simply hollow tubes; at one end, they have powerful fans that create a flow of air inside the tunnel. Some tunnels are desktop-sized and good for testing only very small objects. Other tunnels are massive structures in which engineers test full-size aircraft and cars. Although the test materials (usually) remain stationary, rapid airflow inside the tunnel makes it seem as though objects are moving.

Typically, there are sensors and instruments inside wind tunnels that give scientists hard data regarding an object's interaction with wind. And often, there are windows that let those same scientists observe experiments visually. With those data and observations, engineers grapple with variables of aerodynamics such as pressure, velocity, temperature and density. They gauge lift, drag, shockwaves and other conditions that affect planes and other contraptions that speed through the wind. In addition, these tunnels can help engineers figure out how wind interacts with stationary objects, such as buildings and bridges, and find ways to make them stronger and safer.

In short, many of our modern marvels are more advanced thanks to wind tunnels. But it was the dream of flight that first gave breath to these breezy machines. Next, you'll read how wind tunnels arrived on the scene and exactly how they work. Get a double-fisted grip on your hat first, though, because this is one subject that might blow you away. 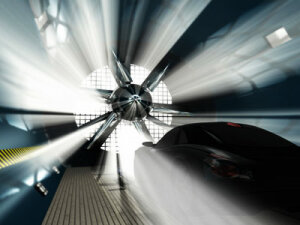 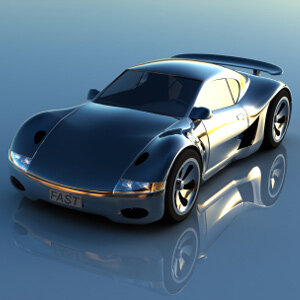