Ever wondered how that thing works? Explore the inner workings of many common devices and inventions, as well as those that aren't so common, such as compasses, gyroscopes and bug zappers. 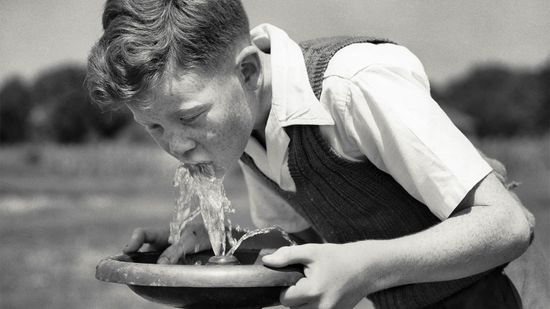 The first CT scan let doctors see inside a woman's skull and confirm her cystic brain mass. That scanner? It was developed by an eccentric engineer who worked at the Beatles' record company.

Windmills and wind turbines work on the same core principle to convert wind into energy, but one creates mechanical energy while the other creates electricity. Here's how they work.

First developed in the 1920s, Geiger counters still use the same basic technology to detect radiation, but today can be the size of a smartphone.

They keep our miles and miles of unruly cords untangled and out of the way. But how do they work?

China's newest unmanned submersible isn't designed to be cute — it can go deeper underwater, stay under longer and maneuver more deftly than its predecessors.

A massive solar-powered clock being constructed inside a mountain in Texas is designed to keep time for 10,000 years.

Chemical sensing devices are not just for detecting radon gas and carbon monoxide. They can be used in hospitals, airports, even on the battlefield.

That is, if you're under the age of 25 and your hearing's intact.

This is not your grandma's Olympics, and these are definitely not her prosthetics. Get ready for the Cybathlon in 2016. The technology for this competition is going to blow you away.

All eyes are trained on you at halftime as you make slow sweeps across the rink, leaving sparkling smooth ice in your lumbering wake. The fans cheer. You tip your head slightly in modest acknowledgement. This is the life of the Zamboni driver.

If you've traveled recently, you probably raised your arms above your head and waited for a millimeter wave scanner to do its screening thing. During those 10 seconds or so, did you ever wonder exactly how the device produced your image?

What's the difference between backscatter machines and millimeter wave scanners?

Nope, these advanced imaging technologies are not the same. So whether you're concerned about privacy, safety or time as you're shuffling through the airport security line, we can tell you how these two types of scanners stack up against each other.

You may think of the U.S., Liberia and Myanmar as the sad-sack metric losers. The truth, however, is a little more complicated -- sort of like remembering how to switch between pounds and kilograms.

Ever heard of a little unit called a femtometer? Can you tell us how much you weigh -- in petagrams? We know you can't, so hurry up and start reading. We have work to do.

In most of the world, the metric system reigns supreme, and with its convenient prefixes and correlation of units, it's easy to see why the system caught on. But what don't you know about metric?

Wind tunnels are the unsung heroes of aerodynamics. Thanks to these breezy devices, we have safer planes, cars and space vehicles.They even provide some extreme fun for the adrenaline junkies among us. What's the deal with wind tunnels? Find out in this article.

The American Marketing Association created the Edison Awards to honor inventors and their innovations. With many great ideas to choose from, what are some of the nominees for 2010?

10 Inventions by Thomas Edison (That You've Never Heard Of)

It's common knowledge that Thomas Edison invented the incandescent light bulb and the phonograph, but did you know he also developed concrete furniture and a phone to communicate with the dead?

How the Edison Awards Work

The Edison Awards annually honor the best new, cutting-edge products, companies and business executives -- all in the name of the record-setting inventor, Thomas Edison. What exactly does it take to earn an Edison Award?

This nonlethal weapon doesn't cause any lasting damage, but it may cause you to pray to the porcelains gods if an officer shines one in your eyes long enough to subdue you.

You've probably been asked to put on your thinking cap before, but have you ever wondered what it looked like or what it does? This thinking cap may not make you smarter, but it could help you tap into previously unexplored abilities.

What if a scan could not only help diagnose diseases of the brain, but maybe even determine what we're thinking and feeling? A noninvasive fMRI test could do just that.

Your body is a remarkable piece of biological machinery, and your limbs are no exception. Did you ever wonder how prosthetic limbs are made and how they are controlled? And are scientists developing bionic artificial limbs?