The Stinger missile is something that appears in the news every time there is an armed conflict involving United States forces. It also appears after certain airline accidents -- the one involving TWA flight 800 is a recent example. The reason we hear so much about the Stinger in these contexts is because the Stinger missile is an extremely effective weapon for shooting down aircraft. The missile uses an infrared seeker to lock on to the heat in the engine's exhaust, and will hit nearly anything flying below 11,000 feet.

The Stinger missile, officially known as the FIM-92A, is designed to give ground troops a way to deal with low-flying airplanes and helicopters. From the perspective of soldiers on the ground, low-flying enemy aircraft are normally a problem because they are either bombing or strafing, doing surveillance work or inserting, extracting and resupplying enemy troops. Shooting down these aircraft is the easiest way to eliminate the threat.

There are four things that make the Stinger such an effective weapon for ground troops to use:

The infrared seeker is able to lock on to the heat that the aircraft's engine is producing. It is called a "passive" seeker because, unlike a radar-guided missile, it does not emit radio waves in order to "see" its target.

Here are the basic parts of a Stinger missile:

And here are the basic parts of the launching system:

To fire the weapon, the soldier aims the missile at the target. When the seeker locks on, it makes a distinctive noise. The soldier pulls the trigger, and two things happen:

The missile then flies to the target automatically and explodes.

A Stinger team goes through the procedures they would use to engage an enemy aircraft.
Photo courtesy Defense Technical Information Center

The Stinger missile can hit targets flying as high as 11,500 feet (3,500 m), and has a range of about 5 miles (8 km). This means, in a general way, that if an airplane is less than 2 miles high and it is visible as a shape (rather than a dot), then it is likely that the Stinger can hit it. Stinger missiles are extremely accurate.

Stinger missiles use passive IR/UV sensors. The missiles look for the infrared light (heat) produced by the target airplane's engines and track the airplane by following that light. The missiles also identify the UV "shadow" of the target and use that identification to distinguish the target from other heat-producing objects.

If you have read about motion detectors, you know that motion-sensing lights use passive infrared sensors. The sensors in a motion-sensing light are tuned to the temperature of a human being. They look out at the world, and when they see a sudden change in the amount of infrared light they are sensing, they assume it's because a person walked into the area, and they turn on the light.

A motion-sensing light needs only one sensor. A Stinger missile needs a whole array of them, because its job is to track the target while it is flying. The nose of a Stinger missile has, essentially, an infrared digital camera in it. This camera might have an array of anything from 2x2 (in older designs) to 128x128 (in the newest Sidewinder design) infrared sensors that receive an infrared image of the scene. When the soldier gets ready to launch the missile, the missile must have the target visible in roughly the center of this sensor.

While the missile is flying, the image of the airplane that it is trying to hit may become off-center on the image sensor. When it does, that tells the missile that it is off-course, and the guidance system in the missile has to decide how to get back on course. This is where proportional navigation comes in. The missile looks at the angle of off-centeredness and changes its angle of flight proportionally. In other words, it uses a multiplier. If the multiplier is 2, then if the guidance system thinks it is 10 degrees off course, it will change its flight direction by 20 degrees. Then, a tenth of a second later it will look at the angle again, and change again. By over-correcting this way, it lets the missile anticipate the path of the moving plane in the same way that you anticipate the path of a moving object. If you are a quarterback trying to throw a ball to a receiver running across the field, you would not throw the ball toward where the receiver is -- you would throw it toward where he will be when the ball arrives.

Obviously, the guidance system is more involved than this. The image sensor is riding on a rotating, gyrating missile at Mach 2, and it is trying to hit a small target that may be flying at Mach 1. It is not a simple problem. But this is the general idea.

Here are the stats on the Stinger missile:

For more information on Stinger missiles and related topics, check out the links on the next page.

Up Next
Tsar Bomba: The Most Powerful Nuclear Weapon Ever Built
In 1961, the Soviet Union detonated the biggest, most powerful nuclear bomb ever built. One of the cameramen who recorded the event said it sounded 'as if the Earth has been killed.'
Explore More 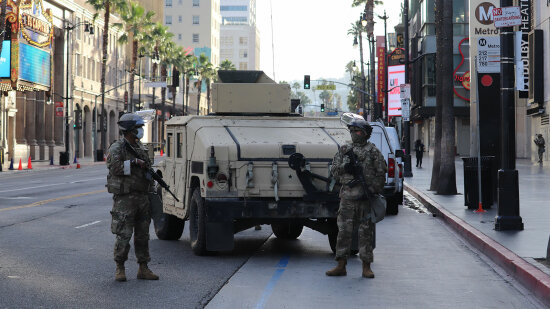 How Is the National Guard Different from the U.S. Army? 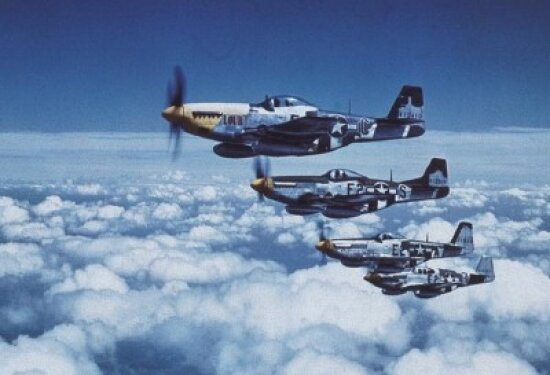 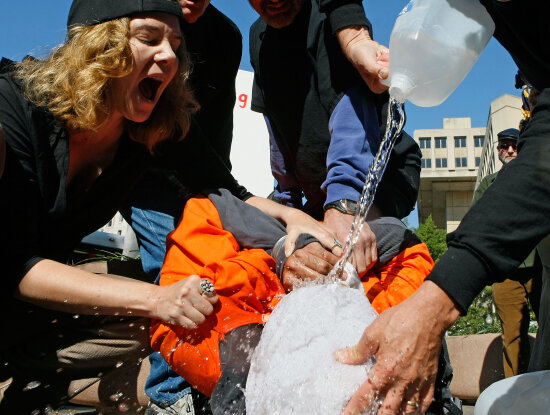