Astronauts May Soon Be Breaking (and Baking) Bread in Space

Astronaut cuisine has come light years from the early days of freeze-dried powders and semiliquids packed in ever-so-appetizing aluminum tubes, but there's still a lot to be desired. The menu might be expanding to include previously taboo bread, thanks to a group called Bake in Space, which is aiming to make space sammies a reality as soon as mid-2018.

The inherent problem with bread in space has always been the crumbs. A harmless bite can quickly send the tiny tidbits spiraling about in microgravity, posing possible risk to the equipment and other instruments that keep astronauts safe and the mission on track. Early astronauts John Young and Gus Grissom will go down in history for more than orbiting Earth by way of the 1965 Gemini 3. The pair attempted to enjoy a strictly forbidden corn beef sandwich, which quickly went awry thanks to floating crumbs. No harm was ultimately done, but the potential for damage was too close for comfort.

Cut to now, when Bake in Space is preparing to go test a space-appropriate oven and dough, which company officials say will create something approximating a standard German bread roll. The experimental launch will take place during German astronaut Alexander Gerst's 2018 visit to the International Space Station (ISS).

Astronauts might want to hold off on ordering a space toaster and extra jelly, however. Although a prototype concept has been created, there are many points to fine-tune and test before the big bake sale in the sky can happen. The final oven product might incorporate vacuum baking, and it must also be able to run on 250 watts or less, since it's taking power from the space station. (That's a tenth of the power that an oven on Earth would use.) The dough is also still under development, and the task of creating a recipe that is both crumb-free and not overly chewy is no small feat.

The baking process will be controlled from the ground via video feeds from actually inside the oven, so astronauts don't have to do any of the experimenting. Here's hoping that, however it turns out, the fresh-baked bread more closely resembles its Earth form than freezedried astronaut ice cream does.

Now That's Cool
Some 26,500 meals have been served aboard the International Space Station between its inaugural expedition in 2000 and November 2015, with that number rising each day.

Virtual Reality Arcades Are Getting Real in the U.S. 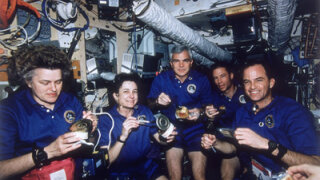 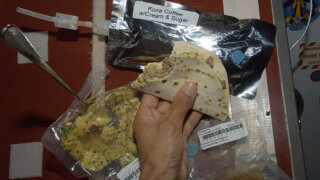 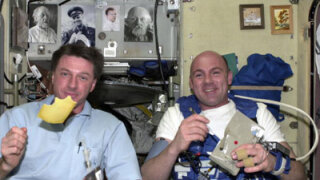 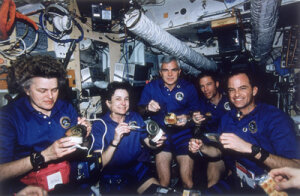 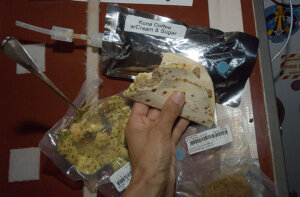 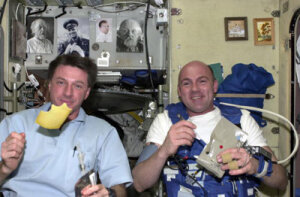