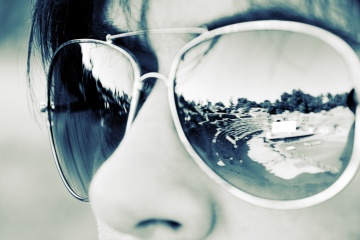 Those tiny metal pieces on your aviator shades have to be made somehow. And brazing can help with that.
Ingram Publishing/Thinkstock

The next time you put on your $200 aviator sunglasses, thank the Mesopotamians. That's right, the metalwork used to join the small, delicate pieces of your Ray-Bans can trace its roots back to ancient Sumerian blacksmiths.

Here's how the basic history goes: First, humans discovered metals, including the seven metals of antiquity -- gold, copper, silver, lead, tin, iron and mercury. The first two to be widely used were gold and copper, and the Mesopotamians, Egyptians, Greeks and the Romans all produced artisans who hammered the soft metals into sheets and fashioned them into everything from utensils and cups to jewelry and weapons.

It didn't take long for these craftsmen to move from simple objects made from a single piece of metal to complex objects made by joining several pieces together. For example, during the first dynasty of Ur, circa 2650 to 2500 B.C.E., metalworkers created some remarkable architectural decorations fashioned from copper. One such decoration, which adorned the temple at al-'Ubaid, features an eagle with a lion's head, holding two stags by their tails. The stags' antlers were fashioned separately and then joined to the larger piece.

The oldest method of joining metal involved rivets -- short pins driven into holes punched in metal sheets. Unfortunately, rivets (and their modern counterpart, nuts and bolts) can become loose over time and don't always lead to the strongest joint. This led craftsmen to look for other ways to fuse their bits and pieces of metal. As iron became more prevalent, they relied on forge welding, which required preformed metal pieces to be superheated and then hammered -- or pressed -- together.

Today, other techniques have replaced forge welding, although they all need heat to work. These include soldering, welding and brazing. Each of these methods uses heat to melt a filler metal into the gap formed between two pieces of metal that need to become one. What's different is the intensity of the heat, the nature of the filler and, as a result, the strength and durability of the joint. In brazing, temperatures must be hot enough to melt the filler metal but cool enough not to melt the metals being joined. Often, that filler is a silver alloy, which leads to brazing's other common name, "silver brazing."

On the next few pages, we'll take a closer look at brazing to understand how it works and why someone might choose the technique over welding. Let's begin by taking a microscopic look at the boundary formed when two pieces of metal come together. 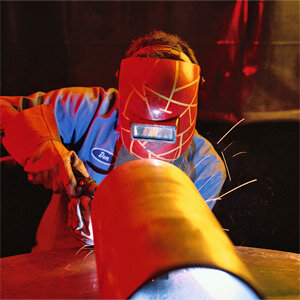 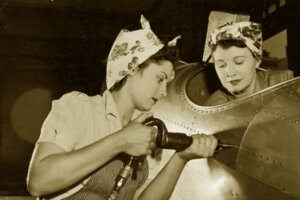 Who was Rosie the Riveter?