Caffeine in the Diet 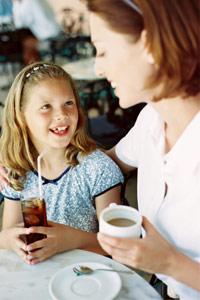 Caffeine occurs in or is added to common foods and beverages such as coffee and colas. In many cultures that prohibit alcohol consumption for some or all people, caffeine is considered an acceptable social drug.
BananaStock/Thinkstock

Caffeine occurs naturally in many plants, including coffee beans, tea leaves and cocoa beans, so it’s found in a wide range of food products. Caffeine is also added to many other food products, including a variety of beverages. Coca-Cola, for example, was originally made with kola nut extract, which naturally contains caffeine and was the main source of the flavor and buzz that early fans of the beverage craved (although the cocaine contained in the drink's early formulas certainly helped increase that craving).

Colas are now made with artificial flavors, and caffeine is often added during the production process. Typical caffeinated sodas (Coke, Pepsi, Mountain Dew, Dr. Pepper, etc.) contain 35 to 55 milligrams per 12-ounce (355 milliliter) can. Products like Vault and Jolt budge up against the FDA's official limit for how much caffeine a product marketed as a soda can contain: 71 milligrams per 12-ounce (355 milliliter) can.

Energy drinks, which mix large concentrations of caffeine with sugar and other stimulants, are a relatively new trend in caffeinated beverages. They get around the FDA's limit by not calling themselves sodas: Popular drinks like Red Bull and Rockstar contain about 80 milligrams of caffeine per 8.3-ounce (245-milliliter) and 8-ounces (236-milliliter) serving, respectively.

Caffeine also appears in many popular foods. Many people think of chocolate as a caffeine-filled food, but the amount of caffeine in a chocolate bar actually varies by a wide degree, depending on the bar's blend of cocoa butter, cocoa solids, sugar, flavorings and fillers. There could be anywhere from 3 to 63 milligrams of caffeine in a 50-gram bar of chocolate. Because chocolate milk and hot cocoa are mostly milk or water, they contain far less caffeine on average -- less than 8 milligrams per 5-ounce (150-milliliter) serving.

And then there are teas and coffee, the brewed beverages with which caffeine is so closely associated. While the brewing processes and types of coffee beans or tea leaves used to produce a serving of these drinks can affect their caffeine concentration, both have the potential to contain more caffeine than even strong energy drinks. A 5-ounce (147-milliliter) serving of coffee, for example, could contain up to 150 milligrams of caffeine, while the same serving of black tea could contain as much as 80 milligrams [source: Center for Science in the Public Interest]. To put these serving sizes in perspective, if you are buying your coffee at Starbucks or a convenience store or drinking it at home or the office out of a mug, you may be consuming it in 12-, 14- or 20-ounce containers. You can calculate your approximate dose of caffeine based on your normal serving size.

Up next, we'll look at some of the medicinal uses for caffeine.