by Patrick J. Kiger Aug 27, 2018
An artist's conception of a space elevator launching from the surface of a greenscaped planet Mars. FlyingSinger/Flickr (CC BY 2.0)

Since humans began putting satellites into orbit in the 1950s, we've relied upon big, powerful rockets to escape Earth's gravity and get into space. But big rockets have a major downside, in that they make space launches expensive. Case in point: NASA's Space Launch System heavy lift rocket, which is scheduled for its maiden flight in December 2019, will cost an estimated $1 billion per launch, according to a 2017 report by NASA's Office of Inspector General (OIG). Launch costs for SpaceX's far more economical Falcon Heavy, which launched successfully from Kennedy Space Center in February 2018, still range between $90 million and $150 million for a fully expendable, maxed-out version, according to CNBC.

For decades, however, visionaries have looked for ways to get into space without relying — at least not primarily — upon rocket power.

One such alternative approach, air-to-orbit launches, seems on the verge of becoming a reality. Stratolaunch, the private space launch company started by Microsoft co-founder Paul Allen in 2011, has an ambitious plan to fly the world's biggest airplane, with a 385-foot (117-meter) wingspan, to an altitude of 35,000 feet (10,668 meters). There, it will serve as a high-altitude launch platform for smaller rocket-powered vehicles. Once released, those vehicles won't have to overcome the drag caused by the thickness of the lower atmosphere, as a ground-launched rocket would, and they'll be able to get into orbit without having to burn as much fuel. In August 2018, the company announced its lineup of four different types of launch vehicles. One vehicle that's still in the design study phase, a reusable space plane, could transport either cargo or a human crew. Stratolaunch plans to begin offering regular service in 2020. Stratolaunch Chief Executive Officer Jean Floyd said in a media release that the company's mission is to make access to space "more convenient, affordable and routine," and that scheduling a satellite launch eventually will be as easy as booking an airline flight. Meanwhile, another air-to-orbit outfit, Virgin Orbit, plans to use a modified Boeing 747-400 as a platform for its LauncherOne rocket, which will propel satellites into orbit.

Several other, even more exotic, concepts still remain on the drawing board. James R. Powell, the co-inventor back in the mid-1960s of superconducting maglev propulsion for trains, and engineering colleague George Maise, have been advocating for years that the technology be used for launching spacecraft as well.

Instead of a launching pad, the Startram Project would use a massive elevated launch tube. "Think of a magnetically levitated (maglev) train in a vacuum tunnel," Powell explains via email. "With no air drag slowing the vehicle down, and with no need to carry large amounts of onboard propellant (as is the case with rockets), it is relatively easy to reach orbital velocities of 18,000 miles per hour (2,900 kilometers per hour) or greater. When the vehicle exits the tunnel at high altitude (for example, at the summit of a high mountain), the vehicle would be going so fast that it basically coasts up to orbital altitude, where a small rocket is used to circularize the orbit. We have also designed several mechanisms to keep the vacuum in the tunnel intact when the vehicle exits the tunnel, so that tunnel can be quickly reused to launch the next vehicle. All the major components of the StarTram system exist already and are well understood."

Powell first started contemplating the use of superconducting maglev for launching spacecraft at the suggestion of a colleague from NASA in 1992. Initially, he and Maise developed a concept for a $100 billion system suitable for manned space launches, in which a tube would be levitated with massive superconducting cables. (Here's a patent they were granted in 2001 for that system.) They also designed a scaled-down, cargo-only tube system that would stretch for 62 miles (100 kilometers) and climb at least 13,123 feet (4,000 meters) up the slope of a tall mountain. They estimate that the cargo-only system could be built for $20 billion, less than the cost of developing NASA's new heavy-launch rocket.

But once built, Startram could transport 100,000 tons (90,718 metric tons) of cargo into space each year, many times what rocket launches currently carry, and put equipment into low-Earth orbit for a cost of about $50 a pound (0.45 kilograms), Powell says. That would be a fraction of the thousands of dollars per pound that it currently costs to space cargo, according to this 2018 Bloomberg article.

"The biggest technical challenge is the exit window of the launch tube," Powell explains. "The tube must remain in vacuum, so when the vehicle exits the launch tube during launch, we must prevent the in-rush of air from the atmosphere." Startram would keep the air out by using steam jets to lower air pressure outside the exit and employing a magnetohydrodynamic window, which would use a strong magnetic field to move air away continuously.

Another idea that's been around for years is construction of a space elevator. This 2000 article on NASA's website describes how a tall base tower near Earth's equator would be attached by a cable to a satellite in geosynchronous Earth orbit, 22,236 miles (35,786 kilometers) above sea level, which would act as a counterbalance. Four to six elevator tracks would extend up the tower and cable structure, going to platforms at various levels. Electromagnetic-powered vehicles would rise on the tracks, making the trip into orbital space in about five hours – while providing a breathtaking view along the way.

The concept dates back to 1895, when Russian scientist Konstantin Tsiolkovsky suggested building a "celestial castle" that would be attached to a structure similar to the Eiffel Tower in Paris. A NASA researcher wrote this 2005 paper on what technologies would need to be developed to build it.

Since then, space elevator adherents have continued to tout the concept, as this 2015 IEEE Spectrum article details, and they've formed an organization, the International Space Elevator Consortium, which holds conferences and publishes technical reports. The feasibility of a space elevator, though, took a hit in 2016 when Chinese researchers published a paper detailing their findings that carbon nanotubes, the material in which space elevator proponents have placed their hopes, were vulnerable to a flaw that could reduce their strength significantly.

Other ideas that have emerged over the years have included sending payloads whirling around a spiral steel track before slinging them into low-Earth orbit, and using airships as launch platforms.

Now That's Interesting
The concept of the space elevator was first popularized by science fiction author Arthur C. Clarke in his 1979 novel "The Fountains of Paradise."

How Did 'Stand Your Ground' Laws Originate? 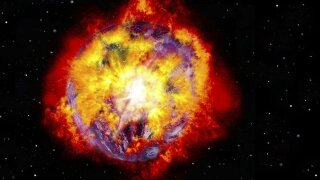 Could Our Spacecraft Accidentally Ignite an Alien World's Entire Atmosphere? 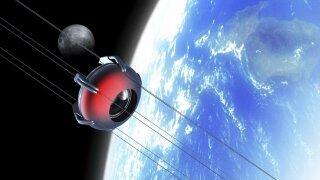 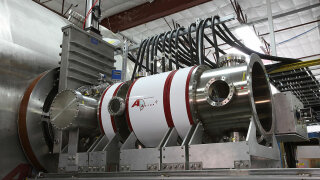