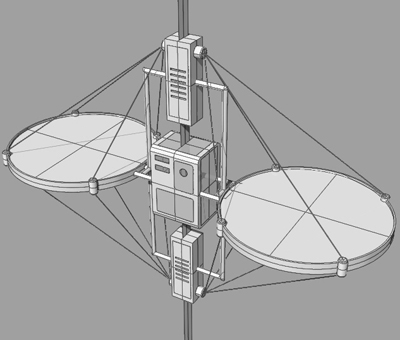 The lifter, seen in this artist's concept, will be able to carry as much as 13 tons of cargo into space, propelled by laser beams. See more space exploration pictures.
Photo courtesy LiftPort Group

When the Space Shuttle Columbia lifted off on April 12, 1981, from Kennedy Space Center, Fla., to begin the first space shuttle mission, the dream of a reusable spacecraft was realized. Since then, NASA has launched more than 100 missions, but the price tag of space missions has changed little. Whether it is the space shuttle or the non-reusable Russian spacecraft, the cost of a launch is approximately $10,000 per pound ($22,000 per kg).

A new space transportation system being developed could make travel to Geostationary Earth Orbit (GEO) a daily event and transform the global economy.

A space elevator made of a carbon nanotubes composite ribbon anchored to an offshore sea platform would stretch to a small counterweight approximately 62,000 miles (100,000 km) into space. Mechanical lifters attached to the ribbon would then climb the ribbon, carrying cargo and humans into space, at a price of only about $100 to $400 per pound ($220 to $880 per kg).

In this article, we'll take a look at how the idea of a space elevator is moving out of science fiction and into reality. 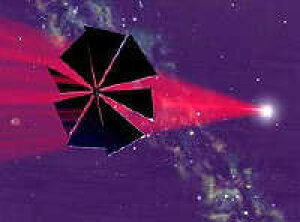