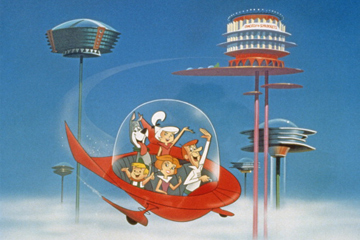 I watched a lot of "The Jetsons" when I was growing up, so I had pretty big expectations for the future, including its homes. George Jetson and his family lived in a bubble-shaped, high-rise apartment building set on tall, thin columns, with floor-to-ceiling glass windows and lots of metal beams.

Although the show took place in 2062 (set 100 years in the future from the year of its premiere), the style of architecture was very much a product of its time. Known as Googie, it was a flashy style that showcased our fascination with rockets and space travel.

You'll encounter a certain nostalgia for Googie and similar architectural styles, but they haven't become the standard for housing today (although we do still have 50 years to go). So when I see really unusual building designs and concepts that claim to be the future of architecture, I have to wonder exactly how likely it is that us "regular people" will be living in some of those types of buildings.

The future of architecture seems to have two main prongs: sustainable design and the sleek, high-tech look. At first glance, these two directions may seem to be mutually exclusive. For some people, green living conjures up visions of existing close to the Earth -- houses built out of straw by their owners, with rain barrels to water organic gardens and turbines to harness wind power. Crunchy, hippie, granola-eating stuff, and very low-tech.

On the other hand, a high-tech home brings to mind geeks who are big into electronics -- more like "The Jetsons" in a lot of ways. The truth is that the future of architecture incorporates both types of elements -- the minimalist, modern, sleek aesthetic and the environmentally friendly, money-saving practicality. And while homes will probably always have the same basic features (a roof, windows, a kitchen, a bathroom, a room with a sofa and TV in it), the future of architecture has the power to change the way that we live -- for the better.

Building Up, Not Out 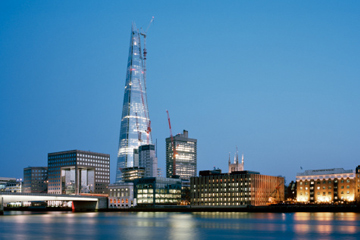 Are buildings like The Shard the future of architecture?
Gary Yeowell/The Image Bank/Getty Images

According to Denis Hayes, one of the founders of Earth Day, A whopping 82 percent of Americans, and over half of all human beings on the planet, dwell in cities, which weren't designed with sustainability in mind [source: U.S. News].

In reality, the Earth is running out of resources and room. At least in the places where many of us want to live, meaning the cities. In large cities, this means that people who can afford it often pay big bucks for small spaces, while people who live in the suburbs and work in the cities spend time, money and gasoline commuting to their jobs.

While there are lots of potential solutions to these problems, types of architecture can make a big difference. One way is the super-tall building -- not just a skyscraper, or high-rise as we think of them, but 30 stories high or even more. It's truly vertical living. We've already seen a trend toward more mixed-use communities, meaning living, playing, shopping and working all in one area, with promising results. The super-tall building trend takes this to the next level, since the sky is literally the limit.

Imagine how living in a building like this could change your life. Your co-workers could be your neighbors (hopefully you like them in both settings). You'd feel more invested in your environment since it's all contained in one place. The idea is to not only have a smaller physical footprint on the Earth but to also build a lively, dynamic community of people. No more urban sprawl. There are even ways to lessen these uber-tall buildings' impact on the environment, such as using electronic glass panels that darken when exposed to higher temperatures to help cool the building and absorb sunlight to generate energy.

Buildings are already being designed with this ideal in mind. The iceberg-shaped London edifice known as The Shard (due to be completed in July 2012) has 72 floors that include office space, residences, shopping and more. Its builders also boast that it will be more energy-efficient and have indoor gardens.

Don't want to live in a big, shiny tower? Going more compact is also the way of the future for single-family homes, for both economic and environmental reasons. 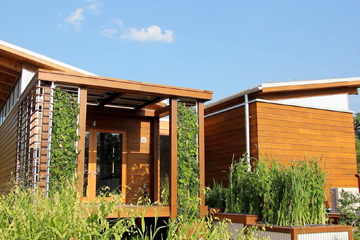 I lived in apartments for a long time, so while I love the idea of being able to walk everywhere, I don't relish the notion of returning to the pod. Owning a single-family home will still be a goal for many of us in the future. But according to the National Association of Home Builders, those houses are going to be smaller, and features like formal living rooms will disappear. The trend is toward more multi-purpose, open living spaces.

In 2006, the average home size in the United States was about 2,400 square feet (223 square meters). A survey published in September 2011 revealed that about 32 percent of the respondents preferred a home that's 1,400 to 2,000 square feet (130 to 186 square meters) [source: Atlantic Magazine]. The heyday of McMansions appears to be over. Can smaller be better? In this age of flat-screen TVs and Kindles, how much room do we really need for all of our stuff?

Contests like the U.S. Department of Energy's Solar Decathlon provide a possible glimpse at these homes of the future. College teams design and build homes that are energy-efficient, solar-powered and affordable. The 2011 winning team, from the University of Maryland, was inspired by the ecosystem of the Chesapeake Bay. Their house, known as WaterShed, is modular and has the lines and angles we've come to expect from a "future house." But its split, butterfly-winged roof is designed to collect rainwater in a central core, and it features a garden of native plants, a composting system and an edible wall. What about the technology? WaterShed also has solar thermal arrays on its roof and an automated system to regulate the house's thermostat and lighting. It also blends very nicely into its environment.

Sweet, you may be thinking, but I want my house to look all futuristic! No worries. There's no one set "architecture of the future." For example, a company called Alchemy Architects is already selling prefabricated homes called weeHouses. They comprise modules that look like shipping containers, and the houses can be as small as one container (435 square feet or 40 square meters) or as large as four (1,765 square feet or 164 square meters). You work with the company to design the right one for you, buy your home site and get it ready with a foundation and utilities, and Alchemy ships out your house. Appliances and green features like bamboo flooring and alternative energy sources are all available, and the company claims that because it's prefab, its houses are less expensive than conventional homes.

While those highly creative, futuristic architectural designs are fun to check out, the real future of architecture -- especially for us non-millionaires -- will probably be more subtle and practical. Smaller, more affordable, greener, and yes, with even more advances in technology.

To me, the phrase "future of architecture" meant some of those wild-looking concept designs that I enjoyed checking out via slideshows and interactive images online. They can be beautiful and impressive, but I won't be living in anything like that anymore than I'd be living with "The Jetsons." So I've been pleasantly surprised to find out about architecture of the future that takes practicality into consideration, and I fully expect the basic tenets of these types of designs to become a reality. 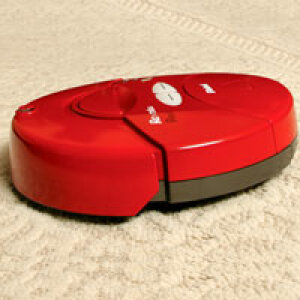 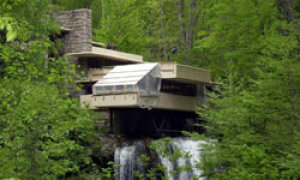