by Terri Briseno
Prev NEXT
3 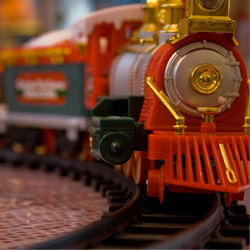 Walton hunkered down with a model train set in her basement in order to come up with her inventions for noise pollution.
iStockphoto/Thinkstock

Little is recorded about the life of Mary Walton -- and how she came to excel at environmental engineering without specific training, and well before there was a specialized field of environmental engineering. Most records of Walton's two famous patents, however, cite her ingenuity in solving some new problems of the Industrial Age in a very old-fashioned way: by making models and experimenting at home.

With an explosion in manufacturing and the smoke and pollution that multiplied along with it, cleaning the air became a concern in the mid- to late- 19th century. In about 1879, Walton came up with a system for dampening some of the emissions before they were released into the air by deflecting them into sewage waters below rather than steam and smoke above. After securing a patent for that invention, she worked on noise pollution and fashioned a crude prototype for muffling the noise of city trains right in her Manhattan basement. Walton's wall system for dulling, or quieting, noisy train sounds worked in large-scale too, and she sold the patent to the New York City Metropolitan Railroad. Other rail lines nationwide adopted similar rail-wall systems [source: MIT].