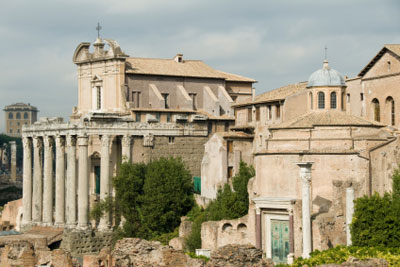 The Roman Forum as seen from the Arch of Titus. See more pictures of famous landmarks.
Dave Huss/iStockphoto

At the height of its power, Rome reached a population of nearly one million people -- the largest city of an empire that stretched from Scotland in the west to the Persian Gulf in the east. A city of that size required enormous planning, and Roman engineers obliged by taking into consideration a number of features that ensured the safety, productivity and well-being of its citizens. They provided systems to dispose of sewage. They built aqueducts to bring water to the city. They built roads to facilitate transportation and communication. They designed and arranged financing for baths, sports arenas and theaters. And they placed, at the heart of the city, a forum where Romans of every class and distinction could gather to socialize, worship and conduct business.

Although ancient Rome finally collapsed, the principles of municipal planning that made the city so splendid and powerful lived on. As other cities grew, they also had to address the myriad problems that arose whenever a large number of people crowded into a relatively small amount of space. Over time, the development process cities undertook -- a process that led to solutions for habitation, communication, education, transportation and more -- became known as urban planning. And the people who guided the work became known as urban planners.

Today, urban planning is one of the most important occupations when you consider how much of the world's population lives in cities and their surrounding areas. In 1800, a little more than 2 percent of the world's population lived in urban areas. By 1900, that number had grown to 45 percent. And by 2010, it is expected to grow to 51.3 percent, according to the United Nations [source: ScienceDaily].

Clearly, effective urban planning will be critical to the success of our planet. But what exactly is it? That's the question this article will answer. We'll look closely at what urban planning is, how long it's been around, what it entails and who provides the services in most cities and towns. We'll also explore the future of urban planning to understand how municipal planning principles used today may be incorporated into cities of the future, including cities that could exist on the moon or Mars. But before we travel into outer space, let's go back to Chicago at the beginning of the 20th century. ­ 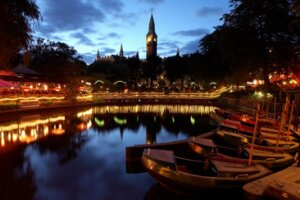 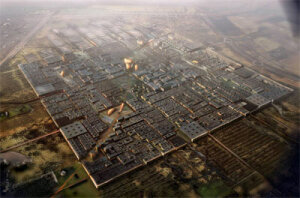 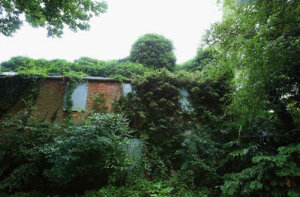 What are urban explorers?