by Echo Surina
NEXT PAGE 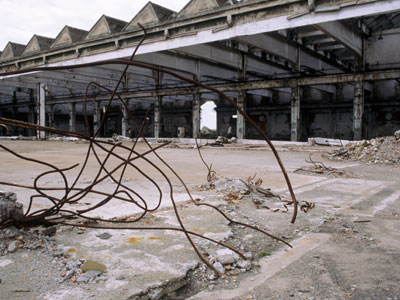 This abandoned factory may still be standing because it's considered a brownfield.
­iStockphoto.com/eliandric

­If you've ever passed by a deserted warehouse or old, abandoned gas station and wondered why the property has been left to rot, the reason might be because the property is a brownfield.

Brownfields are located in cities and towns in every state across the United States. They're often the result of out-of-business or abandoned commercial enterprises like railroad depots, dry-cleaning shops or gas stations -- places where chemicals were present in significant amounts over time.

The U.S. Environmental Protection Agency (EPA) defines brownfields as "any land in the United States that is abandoned, idled or under used because redevelopment and/or expansion is complicated by environmental contamination that is either real or perceived."

­An example is the River District in Portland, Ore. About 20 years ago, this 70-acre industrial area was redeveloped into a thriving place with residences and commercial space. But this kind of large-scale accomplishment doesn't come easy. Often, owners abandon their property or potential buyers are wary to invest because they're afraid of being held liable if contamination is confirmed. While brownfields aren't seriously hazardous to our health or environment, they pose an economic or social threat because they stifle local economies by preventing development, according to the EPA.

Of the 450,000 brownfields in the United States, many have been cleaned up and developed. While there isn't a state known to have the most brownfields, there are areas of the country that historically have had heavy industrial land uses -- like the Rust Belt in the Northeast and the Industrial Corridor in the Midwest -- which makes them likely to have higher numbers of brownfields.

­Whether they're actually contaminated or thought to be contaminated, these rundown properties have unique challenges and lots of potential. Turn to the next page to learn why redeveloping an abandoned factory with sub-surface pollution could be less expensive and more socially responsible than building on scenic, untouched acreage.